News has recently surfaced through geekhack user btctopre that clickclack has not been doing too well. Not only is clickclack in poor health, he recently had some clacks stolen and is now without a home.

There have been some different reactions within the community, but most people are still angry about the lack of communication and updates. This is understandable as a substantial amount of money was taken in for the last clackvent sale. The estimate was around $10,000. On the other hand, I would give clickclack the benefit of the doubt. He has more than proven himself as a reliable member of the community and has a notorious reputation. If the information is true, all that has happened is out of his control. The lack of updates are however troubling. This information was garnered through a PayPal dispute.

On the 31st user digi and some others do seem to be getting replies from “gnome 33”. This could indicate that the worst is over and production might be continuing.

XX7 who is a maker known for their 3d printed artisans recently held a groupbuy for some designs to reduce the production cost. I think of XX7 as producing the better 3d printed keycaps available. 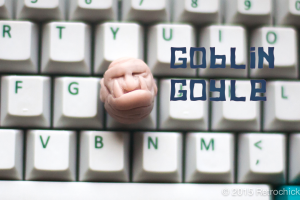 This is an interesting new maker with an interesting design. I am also impressed by the accompanying concept image. This is Goyle the goblin. From the available photos this appears to be very well sculpted. As of writing this nothing has been cast. Supplies are being collected and I am looking forward to seeing the outcome.

Not to be confused with K3. 3K is a new maker who has been trying their hand at lead casting. I am interested in having a go at this myself and it is interesting to see different materials being used.

Bro teased another MX Gamer Set with little information. Not much to say on this but the quality continues to be incredible.

Whizzard recently orchestrated the alpha giveaway of the Lootkeys Project. Read my spotlight for more information. To summarise, very impressive 10/10 would unpack again.

This maker appeared just over a month ago and I would say has shown some continual improvement. My current favourite is the burning charcoal and melting ice, which I think shows improvement over the first iteration.

This is kudos from meowcaps with a beta sale of CMYKeys. These are CMY coloured keycaps for HHKB and realforce. These were sold in a small sale on 19th of July. But I think the sale took place quite late, as I entered the next day.

With the quality from meowcaps I expect them to be high quality. But this is still a beta sale so there may not be perfect.

I forgot to include two more people. 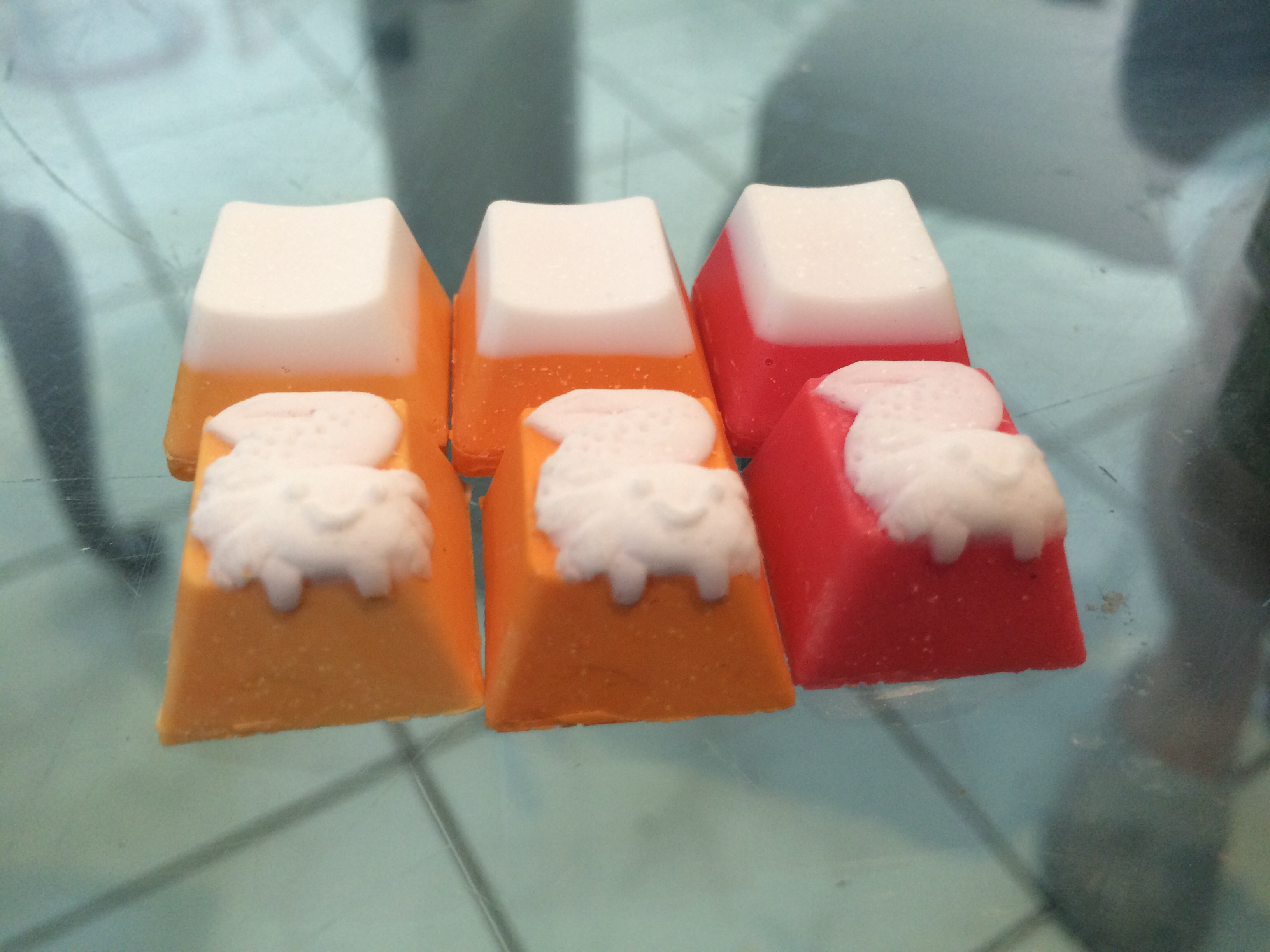 I am very happy to see more Katzenkinder keycaps. I am a huge fan and I am really liking the current colourways. Katz also said that this will be the last axol v1’s before the relaunch.
There seems to be a lot of Topre in this round. Alongside a lot of axols. I am looking forward to this next sale. 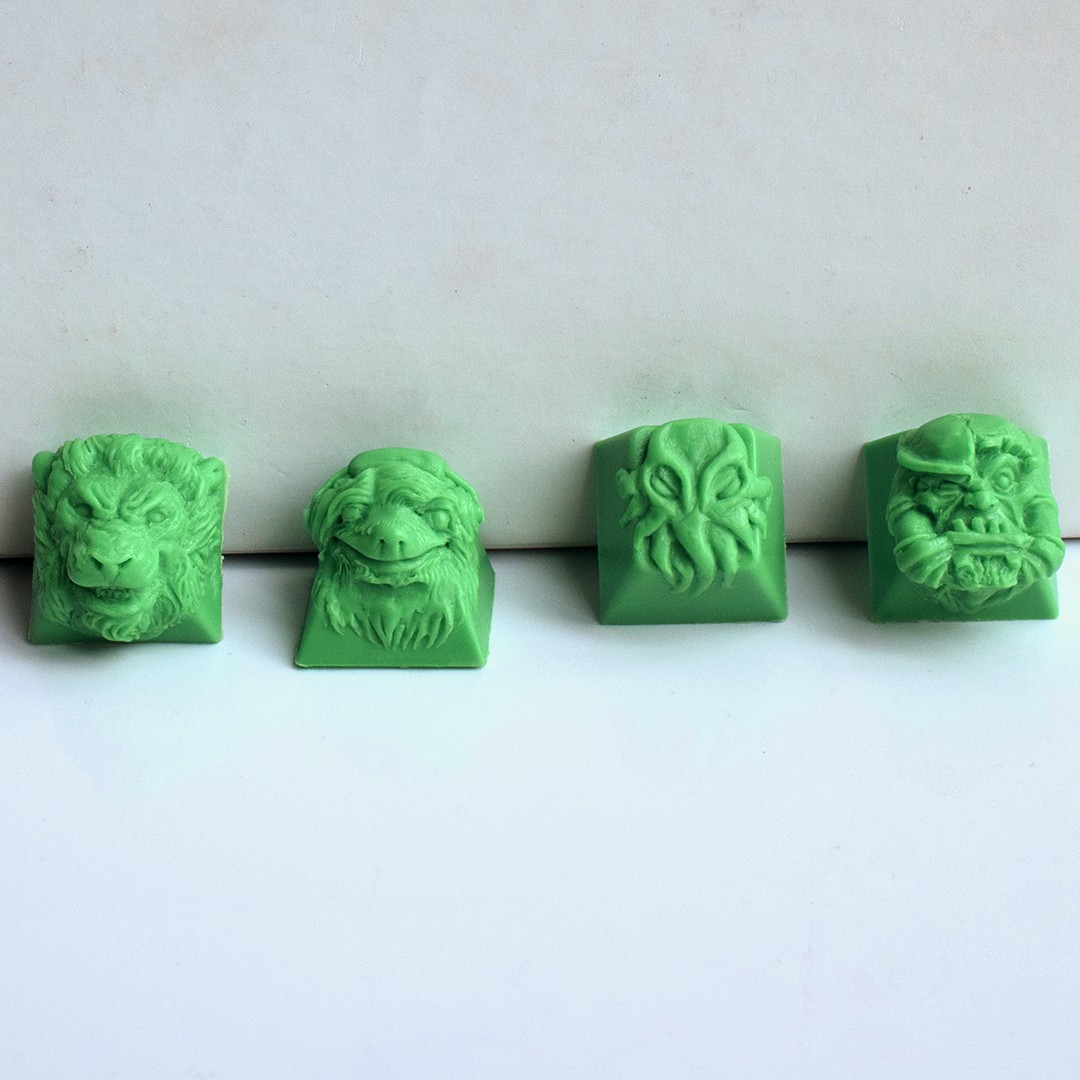 Binge shared a photo of some upcoming ‘50 shades of green’ keycaps. With whatever Binge does I am always impressed with the sculpt quality.