The Wooting One Kickstarter is Live

As it was made live, I made a note to ensure I included it in this week’s news. As I was coming back to write up this week’s news, I was surprised to learn it has already met it’s €30,000 goal in around 7 hours.
The doubt I had about whether this would be a wanted feature is now gone. There is clearly enough people to who want it, enough to fund a kickstarter at least.

At the time of writing the backer goals are close to gone. I would imagine there is a possibility for more to be added as the goal was met so quickly. 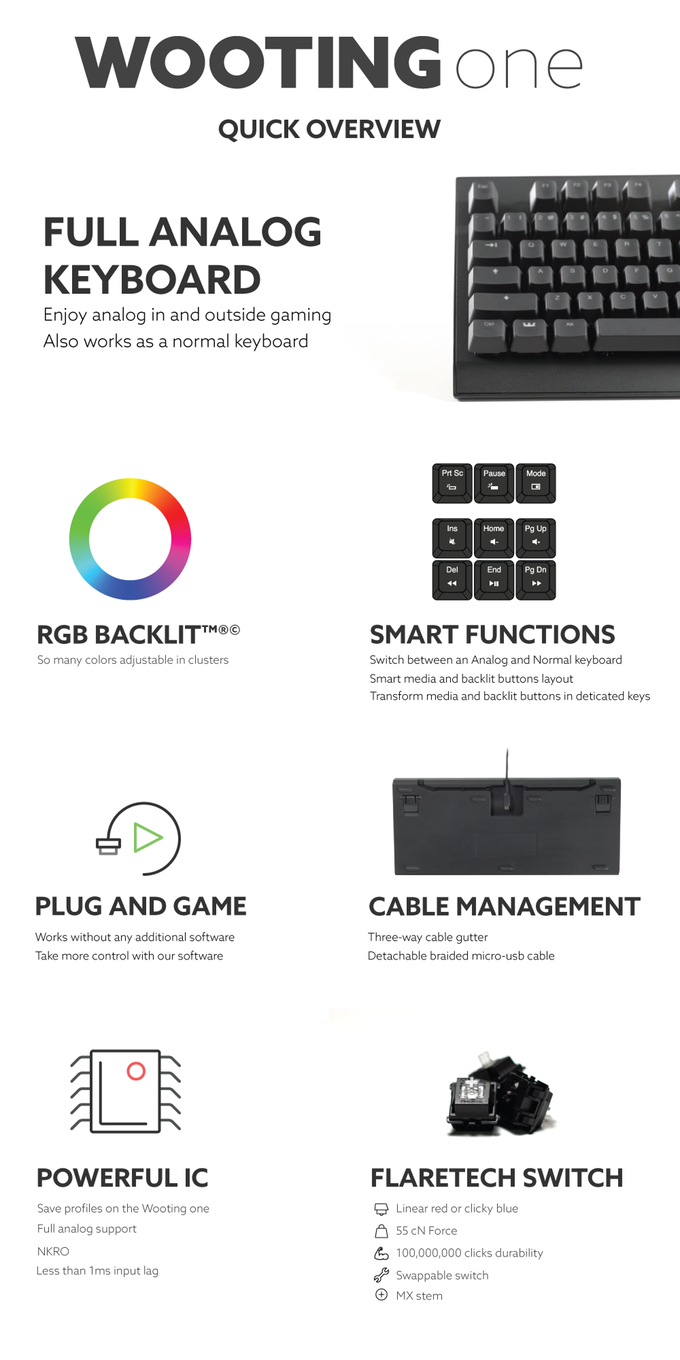 The POK3R is on the horizon, so here are a couple of reviews to tide you over.

In general I wouldn’t find this sort of branding too interesting. However, there are two things that have caught my attention.

The first is they are selling Gateron switches in packs of 120, which is always nice. The reason behind this is that they are releasing a full-size modular keyboard.

The new revision (for the latest Massdrop and new store orders) of the Planck milled bottom before anodisation :) pic.twitter.com/aD56HkQd27

I’m a fan of ortholinear keyboards and I’m a fan of branding. So for this reason I really like this new iteration.