I thought this was the biggest news from last week, and definitely one of the more interesting things to happen. With the recent development in Topre keycaps such as JTKeycaps and the pbt spacebar, it was always a possibility that more Topre keysets were on the horizon. What’s interesting about this news, is the fact it is being created in liaison with the community, and it is also going to be made by Topre.

This is interesting as it is a fairly large company that is now working with the community (through matt3o) but also that Topre is willing to make additional keysets again. Topre stopped producing additional keysets due to low demand. Which is why Topre keysets are currently very expensive. The other reason I thought it interesting, was the involvement of matt3o. It seems the popularity of the PBT spacebars must have caught Topre’s attention. This could certainly be a good thing for the future of Topre keysets. Before this announcement, I was sceptical of the future of Topre keycaps. With the novatouch and Topre to MX sliders by JTK, I wasn’t sure whether there was a future for Topre keycaps. If this happens, I expect there are here to stay.

There are currently a couple of drafts being shown, and matt3o is open to community suggestion.
This is my current favourite. 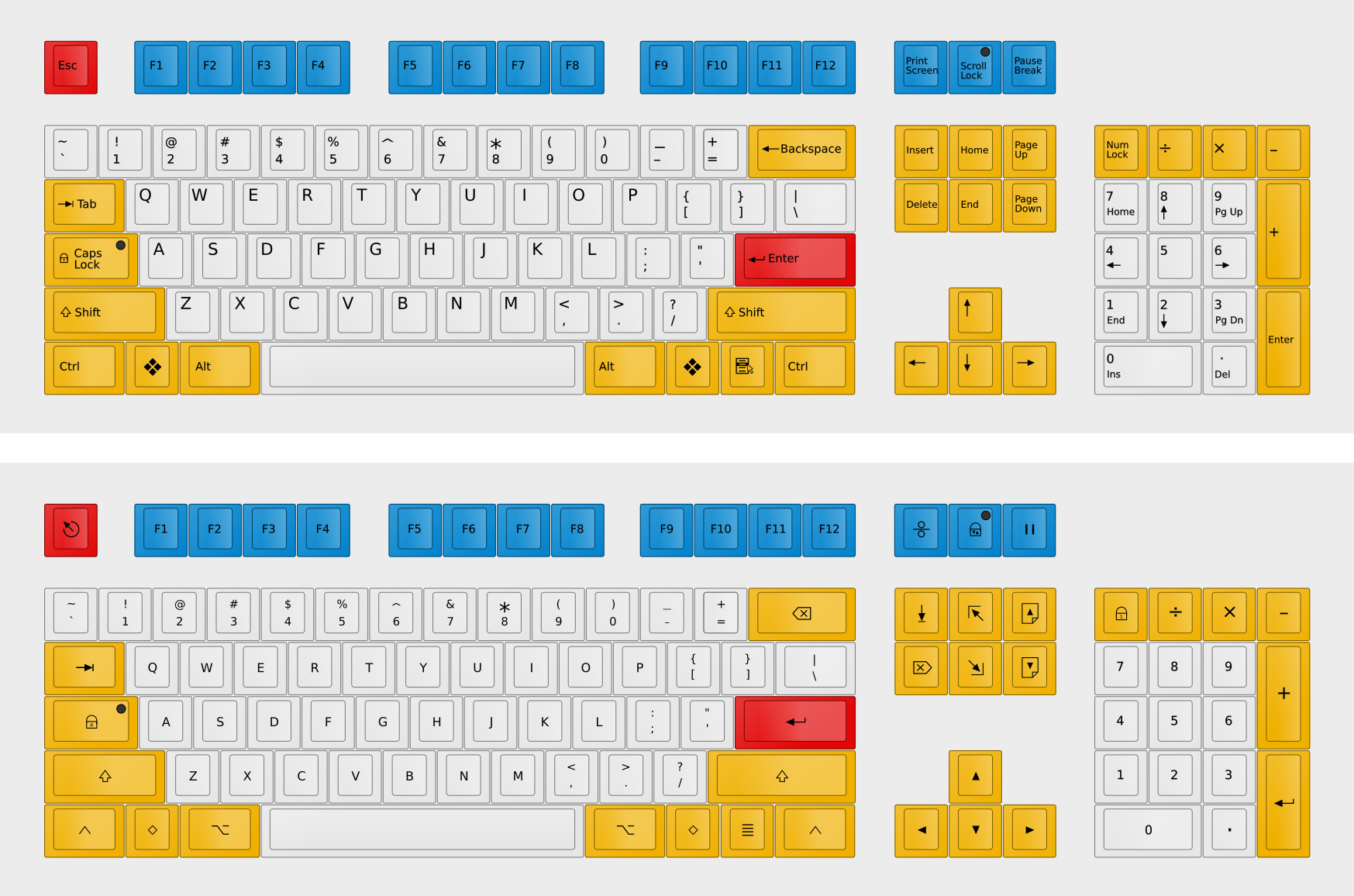 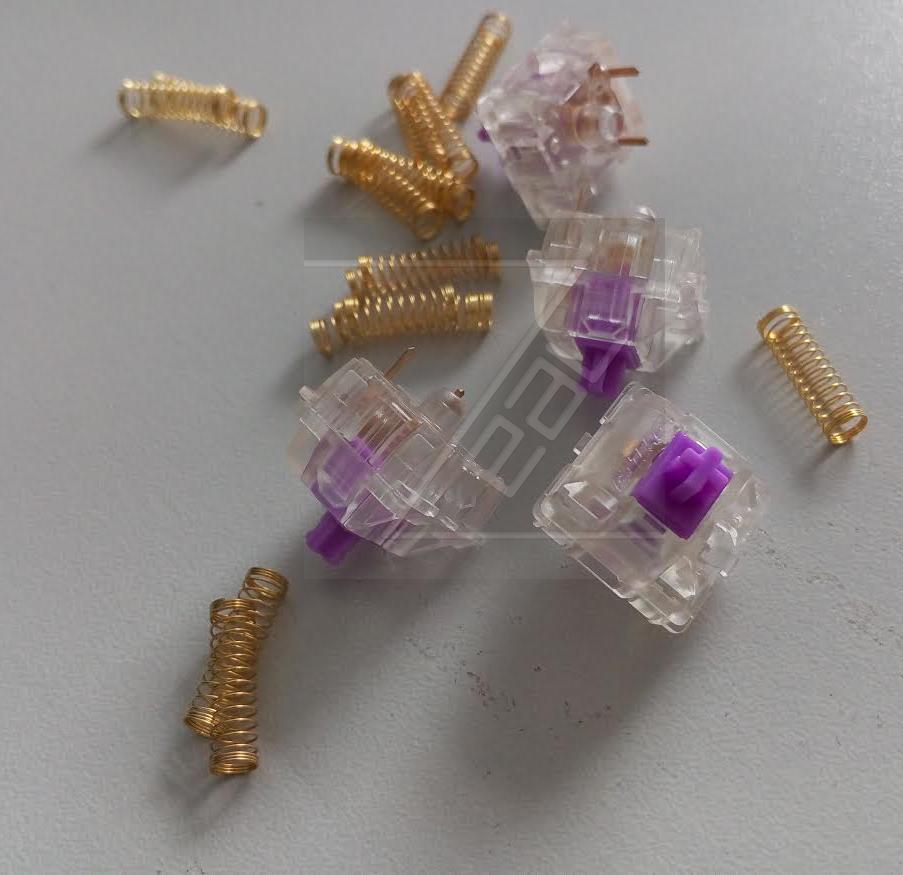 Some more photos of the Zealios have been shown. For those not in the loop. Zealios are a new switch by manufactured Gateron but created by Zeal. The switches include 62g gold plated springs with an “MX clear” stem. This switch was created alongside a transparent switch bottom, that is said to help led diffusion.

I think this will be a very interesting switch as I am a huge fan of standard Cherry clears and excited by the prospect of a Clear with Gateron smoothness.

The Planck is olkb.co’s flagship or most well known ortholinear keyboard. Now on massdrop, it is doing surprisingly well. I had always thought reluctant to get a 40% but it seems that people are warming up to the idea of an even smaller keyboard. Currently at 365 purchases it is available with a huge amount of options, with a base unassembled price of $99 + shipping. Also, note that this is the PCB Planck. It is possible to get it cheaper from olkb.co for a little less if you go for the hand wired version. 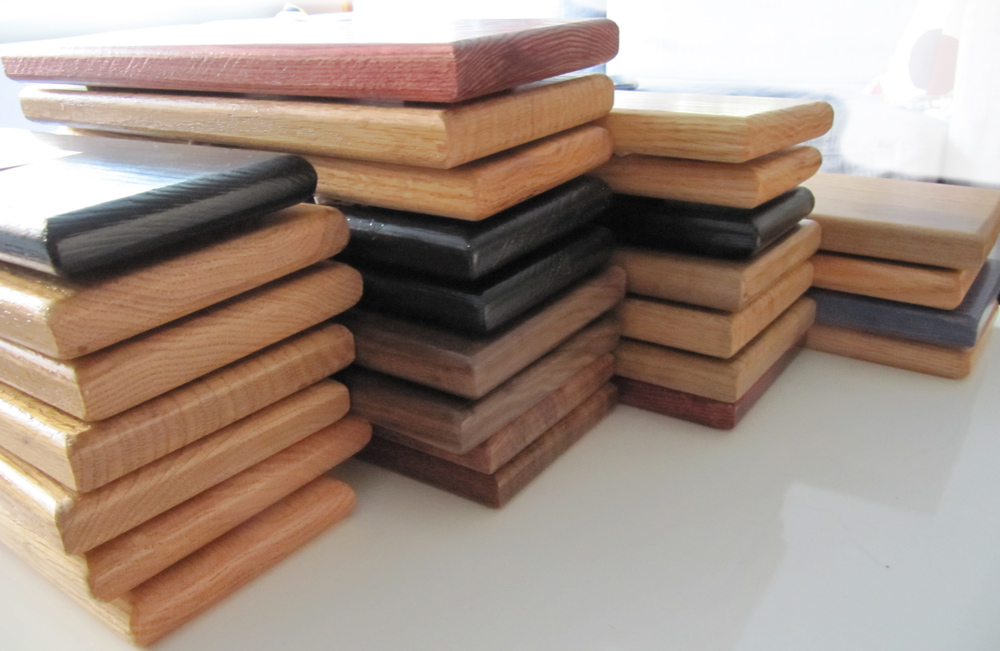 These are some very nice hand made wrist wrests made by 1upkeyboards. You will likely have seen their cases before. These are available in limited quantities because of all the work that goes into them. Prices go from $40 to $85 with free shipping in the US. If you are looking for a nice wrist rest I think this is one of the good choices.

This is coming from a comment made by corus-kb on reddit. Although the POK3R is thought of as fairly standard, the more options the better. It allows people starting out, to get a better keyboard that they like. That said, this is a limited edition so I’m not sure of the numbers it will be available in. 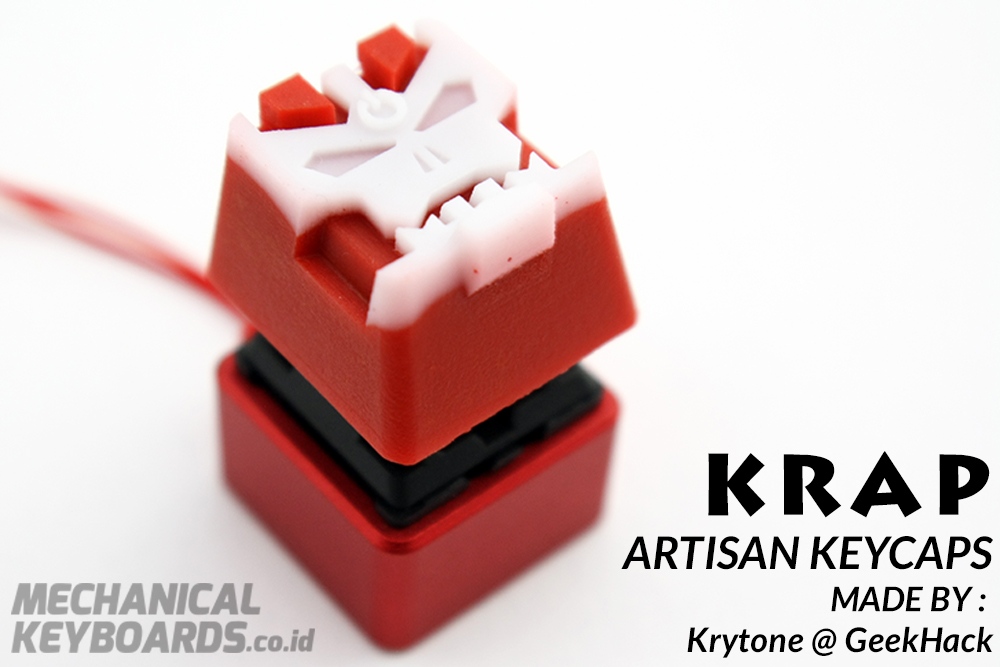 A new retailer is on the scene with an impressive inventory for something just starting out. They currently have Ducky, KUL, Corsair and Cooler Master keyboards available. The most notable products are of Krytone’s Krap. They have got an exclusive on the red and white colourway, with the promise of more to come. I have to say they do look really good.

Another product of note is the HHKB. There is always a lack of Topre retailers so another one is always welcome. The HHKB price is $248 which is a little more expensive than what it is available for at elitekeyboards. 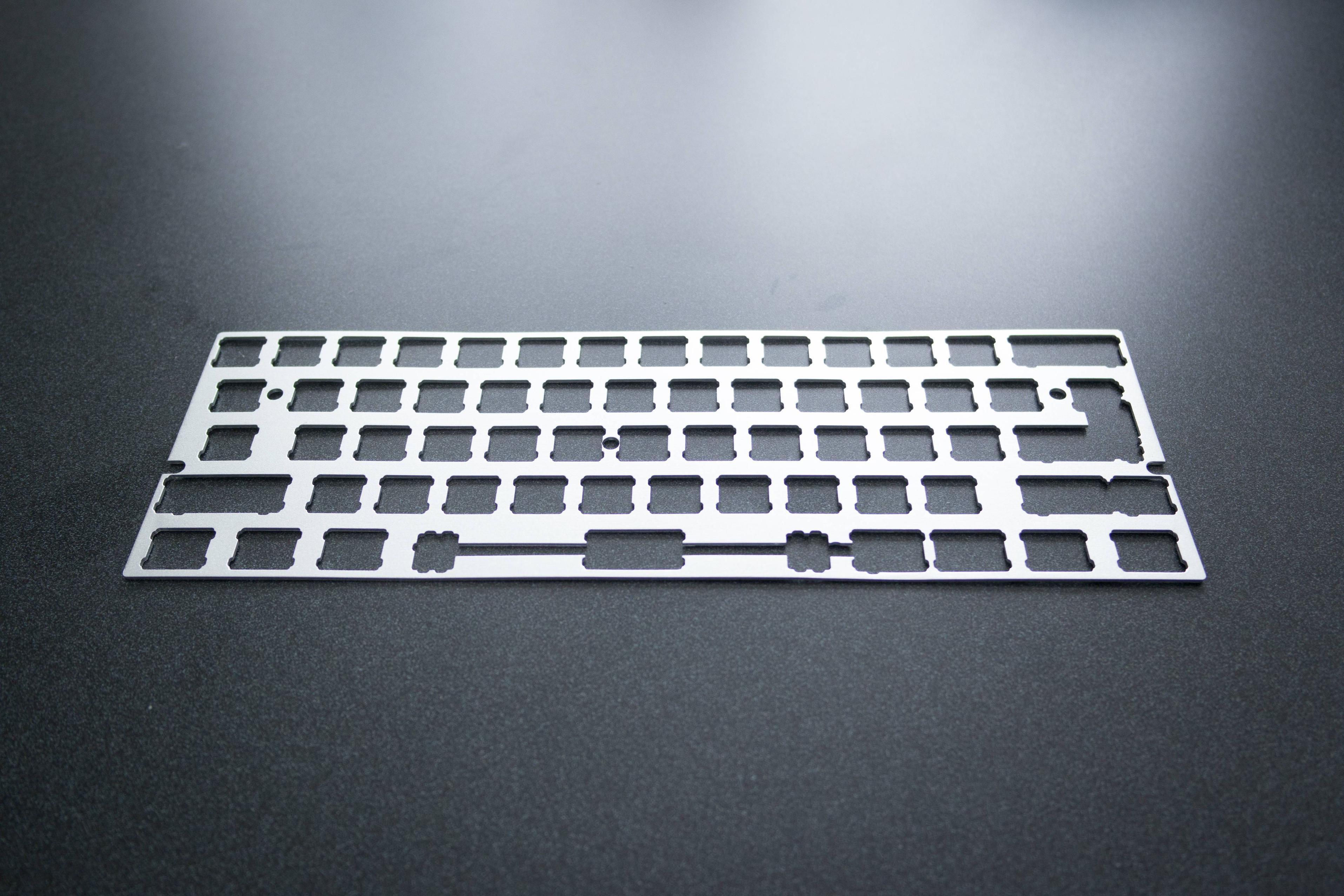 This comes from sentrantpc who I know for creating the bent aluminium switch tester. Supposedly coming to massdrop in the future, this plate is almost universal. It will be available in “plenty” of anodized colours. And will be sold for $21.99 per plate.
My first thought was, is this the same as the Leandren plate? No it is not. However, it is being run with LeandreN’s approval.
My second thought was that this is another massdrop project. Massdrop is continuing to be more prevalent in the mechanical keyboard community. 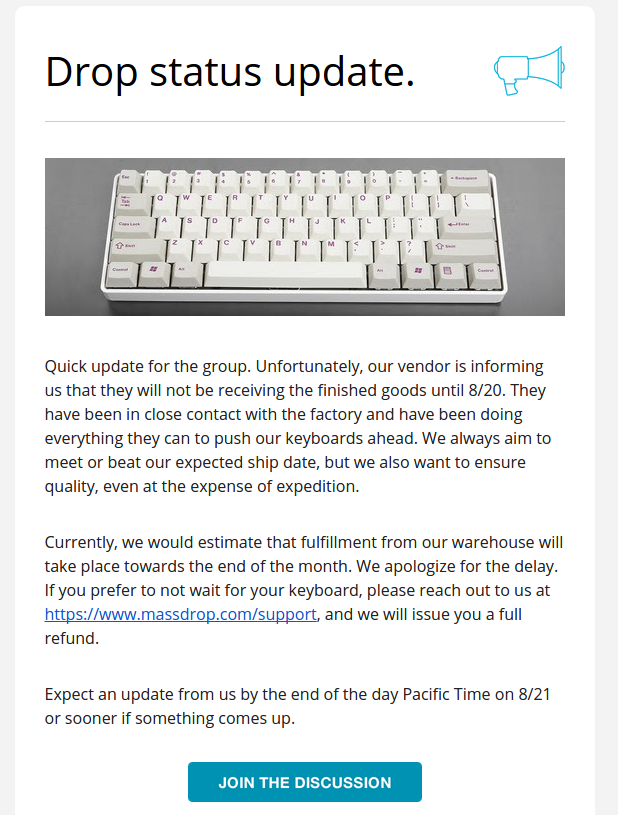 Not a lot to say. But I think I have bowed out at this point. 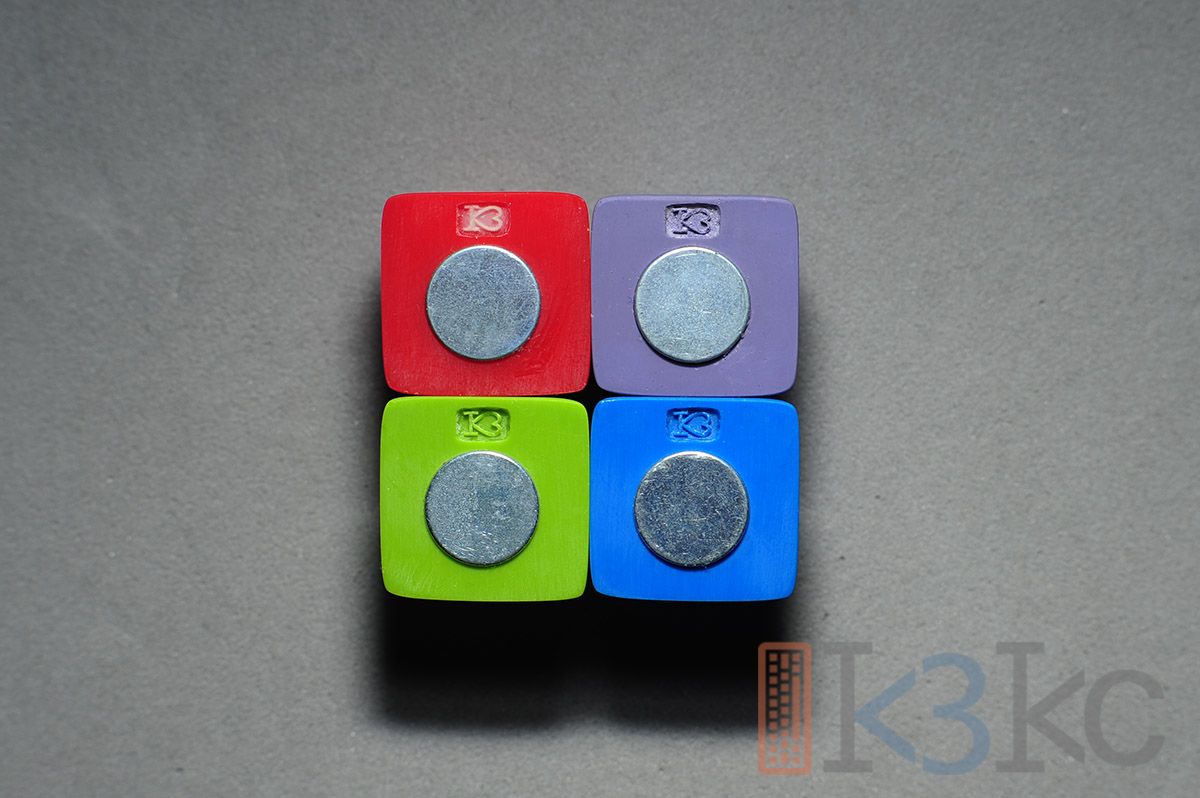 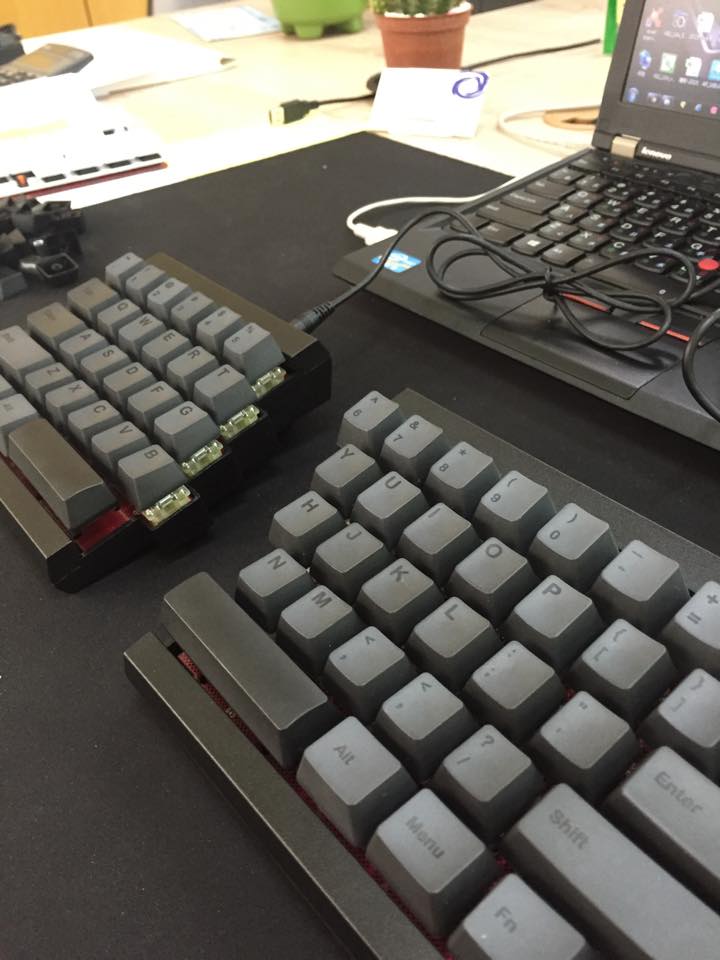 This is a late addition and it really caught me off guard. I was not expecting to see anything about another poker iteration for a while. From the photos available. It is a staggered split 60% that has keycaps and probably uses Gateron switches. How the two sides connect, and how it connects to the computer is still up for discussion.