I was away last week and I regret not writing the week in keyboards for that week. This week I will cover everything for this week, and the week I missed. Sorry for the inconvenience.

This is a project that has been going for a long time and has not had a lot of movement. I believe that some made it out into the wild back in its inception. However, this was in the Chinese market and a long time ago. Feng on geekhack, who I know for running geekkeys and various groupbuys, has reinvigorated the project and a groupbuy is expected in August.

What makes the smart68 different is the ability to change switches without a need for soldering. The carbon fiber plate is also another selling point. However, I do not know of the benefits of this material. A recent groupbuy for carbon fibre plates has been successful but I have not seen them out in the wild.

This was something that slipped under my radar until recently. A while ago Cindy on deskthority looked like she was getting an interesting collection of keyboards that might have been beamsprings. For those who don’t know, the beamspring could be considered the next level up from the model M and M. Rarer, the beamsprings are highly sought after and rarely sold. This seemed like it would be an interesting lot of keyboards and there was a good amount of interest. The important part is the deal has fallen through and it is possible the community will not see these resurfacing. If they do it could be for a higher price.

This is another 60% design that I took too because of the design philosophy behind it. From what I understand this project is creating a more universal keyboard that supports as many language variants as possible.

AUNK stands for Awesome United Nations Keyboard. This project isn’t being rushed and the pcb is being designed to a high standard.

KC60 Delayed By a Week 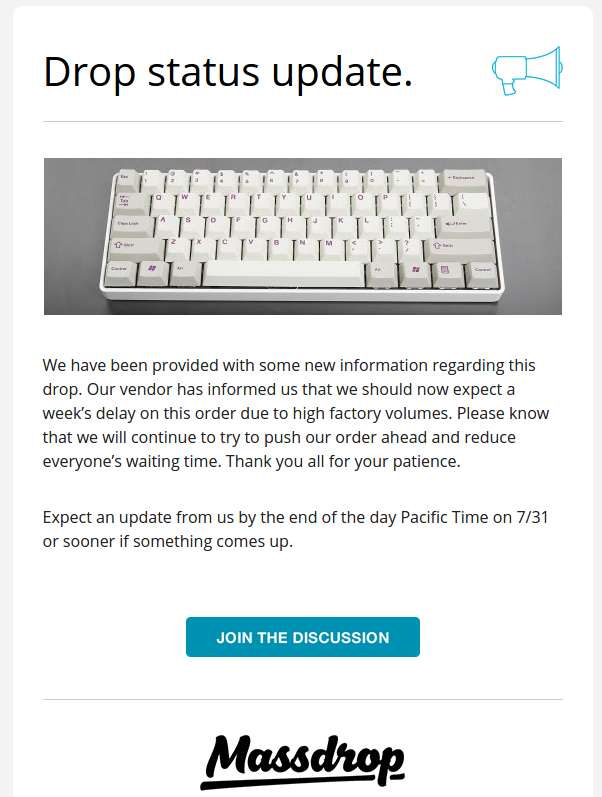 This is not terrible but I am sure some will find this frustrating. Through the drop the maximum quantity was increased and I wonder if they overstepped in how many they thought they could make.

Atomic PCB Kits Up for Pre-Sale

For now you are able to pre-order the PCB in a kit. Some prototypes are available but in limited quantities. I was hoping to get one of these but I’ll see what will happen. However, after the last episode of board makers I have become quite taken with the philosophy behind the planck.

This kickstarted keeps going and is currently at $652,001. I am not a huge fan of this keyboard but do find it interesting that this particular project is getting this amount of backing.

This is another project that I had not seen until recently. This is something that I think requires its own post because it is so interesting. This type of keyboard is interesting as no one has been able to make custom buckling spring keyboards viable. The project is to recreate the kishsaver faithfully but allowing for more people to get them. The kishsaver is the Model F which is close to a 60% layout.

It is a complicated project that is interesting to watch develop. The price of $350 might be a bit steep for those wanting to get into buckling springs. Another project to mention is the new model M which I had confused this with.

This is another Korean maker with some nice designs. But with promise of other products and services to come. The debut designs are a cherry g80-1800 and a HHKB style keyboard. Both designs are interesting in their own right but I found the g80-1800 in particular to be quite stunning. Whereas the HHKB design is the exact thing I want, apart from the logo on the front.

This new website is part run by or just partnered with Leeku who has created 1800 pcb’s in the past.

This is something that I though mentioning as this is the first Topre board on Massdrop. The HHKB has always been in the voting stage but nothing has ever happened. I’m not sure what this might mean for the future. But it is nice to see. It is not the greatest drop as there are only limited units available and there is one price tier. The drop also comes with 4 matt3o PBT spacebars.

I can’t say that I’m not tempted by this. However, I am not interested in the variable weight and not brave enough for the 55g. I also prefer the grey. All in all this will be good for some but not for others.
The drop is priced at $215 + shipping 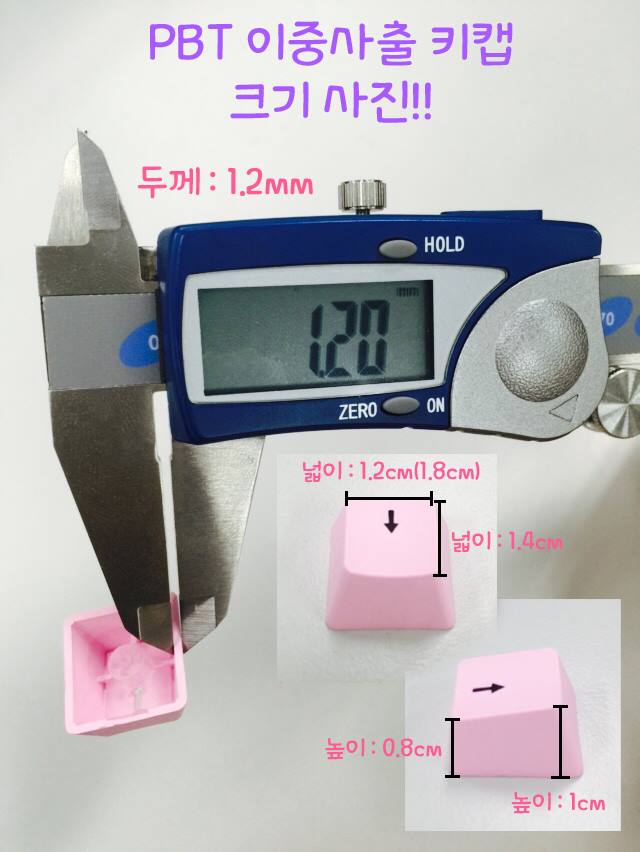 This comes from ripster who always seems to be on top of all new manufacturers. Not a lot of information other than they are PBT doubleshot and from a Korean company Xenics. Again these keycaps are plagued with a not so nice font.

Photos of the Adler Keycaps

This was an interesting GB that did quite well. Being GMK, only good things are expected. I expect these photos will be comforting to all who participated.