Sometimes there is a lot of keyboard news in the week. This is a feature that should detail as much keyboard news that happened in the past week as possible. Depending on the frequency this might not turn out weekly. News tends to be around big events such as Computex or not at all.

I will have to preface this by saying it is not mechanical. But it is certainly an interesting idea, but I can’t quite think why it would be used. It is advertised as having ‘work’ and ‘play’ applications, however I can’t see it being used beyond learning a layout.

While this may be interesting I do not know if it will come to fruition. This is certainly not the first of its kind, and at this point there are only renders. But if the reviews are to be believed “This is the best keyboard.”.
The features of the ‘Sonder’ are:

The E-ink display is obviously the most interesting feature despite whether it has a use. Whatever the mechanism feels like is currently unknown. The current renders show a keyboard with similar design to the Apple aluminium keyboards, whether feels similar is unknown. The lack of information and a prototype is the main issue. Recently the company has been active on reddit and are available for questions at /u/SonderDesign. The most interesting piece of information is how they say it feels. If it truly does feel like Topre then I imagine people will be happy. I am very interested in trying one out.

It is currently on preorder sale for $199

Jack Humbert is continuing to lead the rise of ortholinear keyboards. If you don’t know an ortholinear layout may also be called a matrix layout. It has no staggering. Jack’s products keep getting better and the inclusion of PCB’s make the custom keyboards much more accessible to less experienced makers. The Atomic is a 60% ortholinear keyboard with support for these layouts. From my perspective more 60% PCB’s are a good thing and especially different 60% designs such as an ortholinear layout. It seems to be a nice PCB, with all components pre-soldered (sans switches) and support for LED’s. There is nothing left to be desired in this PCB’s design. From the planck PCB to the atomic PCB, you will find the only difference to be the size.

They aren’t quite yet available but prototypes are being made and prototypes should be on hand soon.

Visit the ortholinear shop at https://ortholinearkeyboards.com/ For those who don’t know the keyboardio is a new ergonomic keyboard that has been around in designs for a long time. It is getting a bit closer now with a fully funded kickstarter. Similar to the ErgoDox, it is split-hand (or can, depending on your fancy) backlit and supports many different configurations. The configurations are how you are able to set down the keyboard. You are able to have it flat, like a traditional keyboard, tented for extra comfort, on a tripod for some reason, and you also have the ability to split it exactly like the ErgoDox. Unlike the Infinity ErgoDox this seems to improve upon what the ErgoDox started. The main complaints ErgoDox complaints were on the ergonomics. The thumb cluster can be awkward for those with smaller hands and the staggering may not be optimum. Keyboardio is designed with ergonomics in mind. Staggering on the keyboardio is much more natural and the thumb cluster is utilised for Fn keys. Of course this is only until you change the layout yourself as it is fully programmable.

In a bold move it is only available in Matias quiet click switches. It is unusual for a keyboard in production to stray from the more standard cherry switches, but this may mark a turn in the popularity for Matias switches.

The keyboardio is RGB backlit and features NKRO rollover over usb. This is said to work on all platforms without any program running on connected devices. Macros run on the keyboard but where I was confused is the application awareness that runs separately on your OS. What this does is tell the keyboard what application you are in. This then enables you to have your layer automatically change when you are using a specific application. I think this could be a potentially useful feature. I am thinking more for gaming, but I am sure there are better uses.

All this indicates custom firmware which is not surprising, but you will likely be able to run TMK at some point. Keycaps for the keyboardio also seem like an issue. Not only are they alps but they are oddly shaped with some rounded keycaps. You are also restricted by the bulky wooden casing. So getting keycaps might be tricky.

I was surprised at how fast this kickstarter was funded as it seems somewhat niche. But what this does demonstrate, is people are willing to buy expensive mechanical keyboards who might not be into making their own. But even the EZ Ergodox took longer to reach their goal. I will be interested to see who is buying these and what for.

It is an interesting keyboard but I am still not convinced. It does however seem to be leading the Ergonomic keyboard charge alongside major companies like Kinesis.

Check out the kickstarter if you want https://www.kickstarter.com/projects/keyboardio/the-model-01-an-heirloom-grade-keyboard-for-seriou 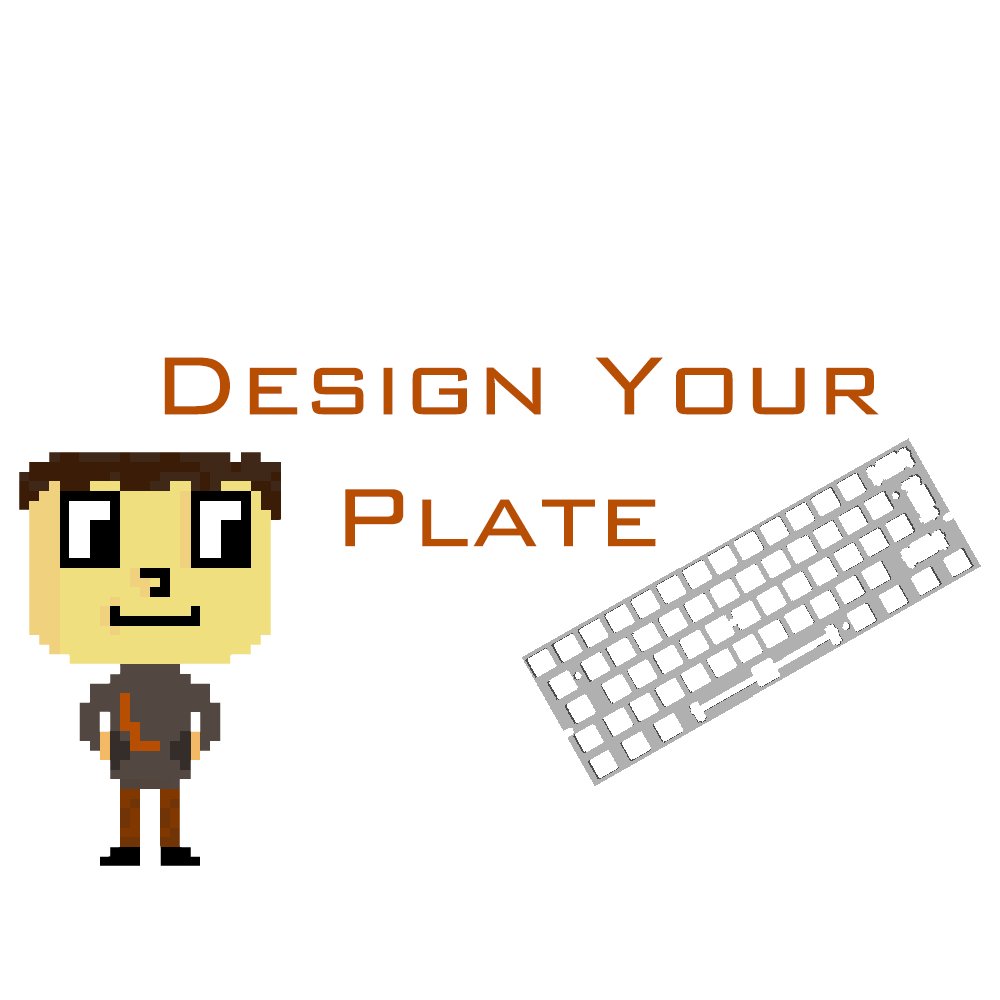 This is groupbuy territory but it is being orchestrated with unexpected proficiency. LeandreN started with simple ISO and ANSI 60% mountplates. A product which is always in short supply and more quality plates are only a good thing. The first groupbuy is over and everything seemingly went smoothly.

LeandreN’s latest venture is custom plate designing. The idea is you pitch your plate design and see if people like it. If enough do LeandreN, will get it made. This is the simple interest check the keyboard community loves so much. I also think this is a ‘service’ that was missing from the current community offering. Hopefully this will pave the way for some interesting designs to be made.

Use this to submit your design for round 2.

I was surprised to see this put on massdrop as it seems like a product that might be long sought after. It is only compatible with the FC660M not the FC660C. If I were to own a FC660M I would gladly purchase this. However, the main reason for my surprise was because it is a little bit closer to an aluminium HHKB case. Whilst they are being developed, none of the projects seem to be moving very fast.

I was also interested in the fact massdrop is running this. It seems lately massdrop is becoming more and more a groupbuy platform for keyboard products. But as seen with the Gateron and Gateron keycaps massdrops there is a notable price difference with the runs from massdrop and the community run drops. This may indicate that a HHKB aluminium case could be on the horizon.

#JT Keycaps Surprise Revealed For those who purchased Topre sliders in the recent JTK Debut groupbuy were teased earlier in the proceedings with receiving something special with their order. It has revealed to be a Topre spacebar in cherry profile to match the colour and height of the JTK Debut set. While this is interesting this is a Topre spacebar for a cherry set on Topre to MX sliders. So the spacebar should be the only slider to remain Topre in order to complete the set. 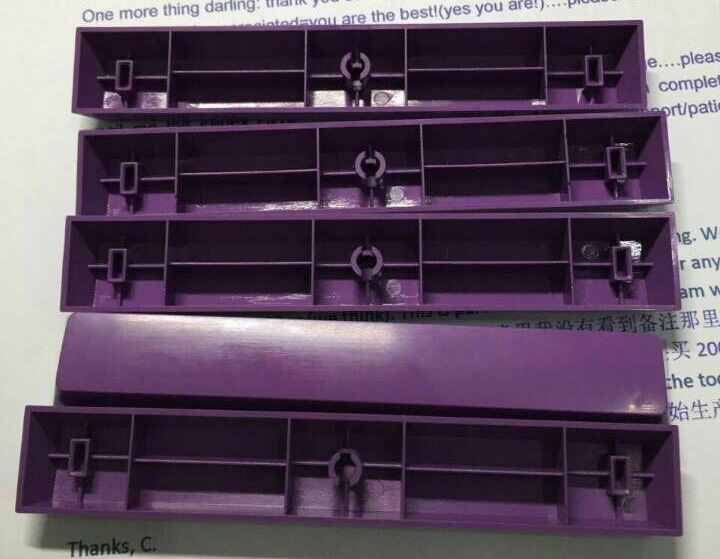 Of course this is also indication of JT Keycaps ability to produce Topre keycaps as was mentioned earlier in the announcement. Although they aren’t PBT like matt3o’s they will hopefully be of high quality.