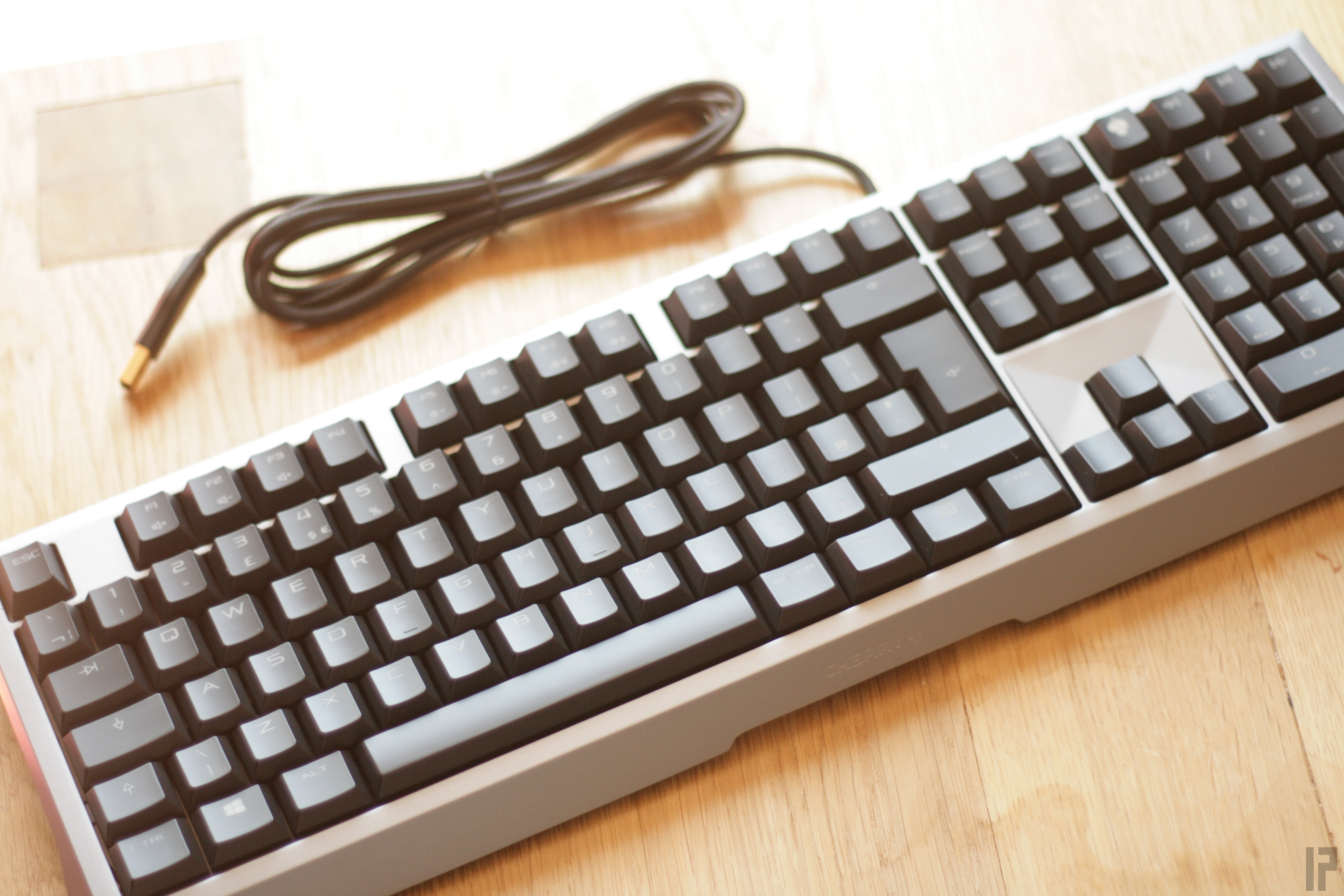 The Cherry MX 6.0 is full-size backlit keyboard with media and function keys. The main selling point of this keyboard is the RealKey technology, which is supposed to reduce the latency of key presses to 01.00 ms. I will talk about this later.

What’s in the box?

I posted some unboxing photos of the keyboard earlier in the week to show off how nice the packaging was. What you get in the box is the keyboard and a wrist rest. Besides other packaging and a manual, you will not get anything else. An interesting thing about this keyboard is that it does not have a detachable cable. This is interesting as it appears to look like a detachable cable. I can almost assure you that it is not detachable, but even now after giving it some considerable force it still looks although it is detachable.
The packaging deserves its own section because of how nice it was. It’s a box within a box and then a keyboard in a sock. Everything is red and black which is in keeping with the colours on the keyboard. And although the packaging is trivial in most respects it adds to the whole package of the keyboard. 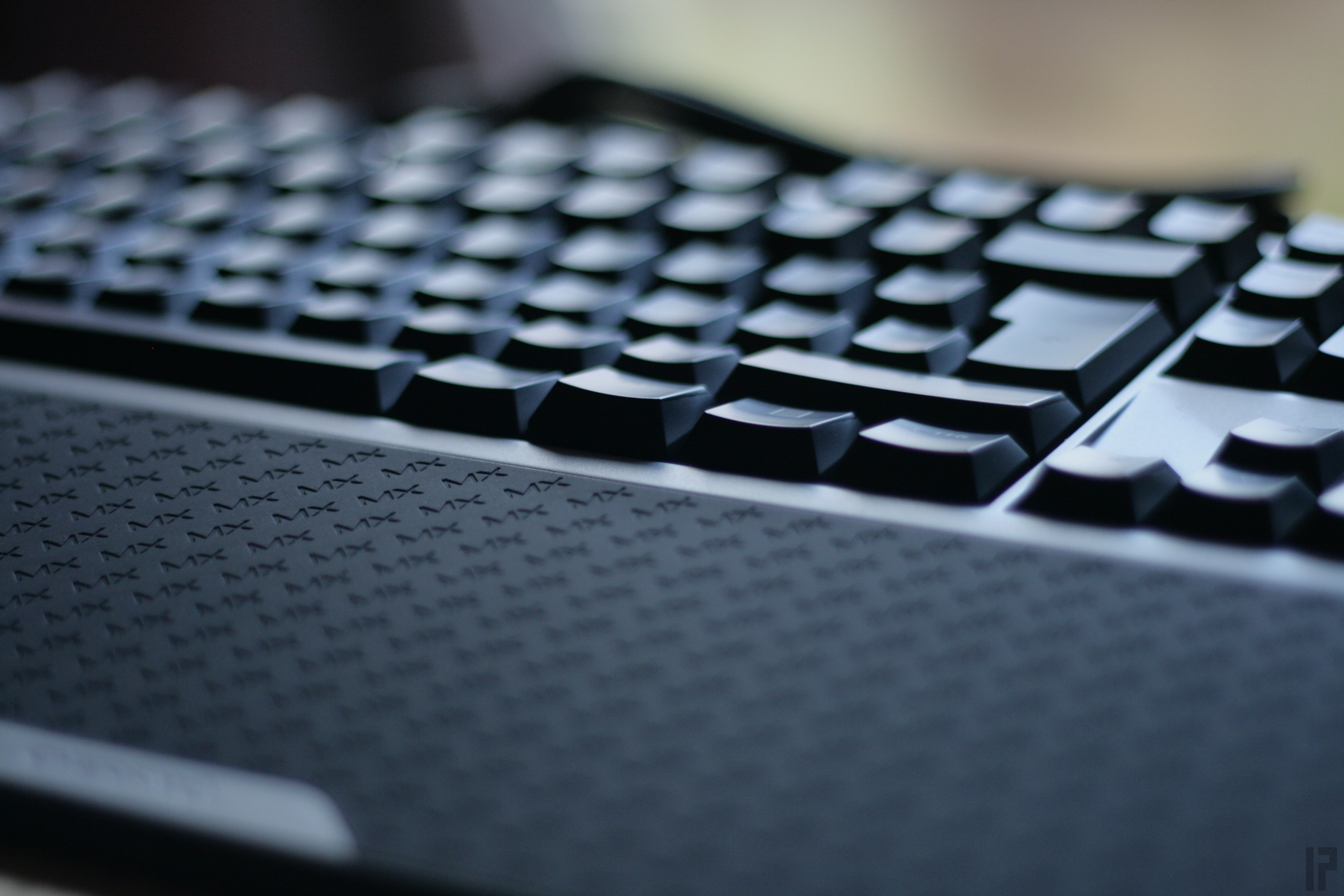 What does this keyboard have?

This keyboard is incredibly solid. This keyboard comes with an aluminium case with an almost half sanded finish. It is not as rough as some other aluminium cases and feels rather nice. Although this is nice, the shape of the actual case is a little odd. The sides for example are tapered outwards and not all on the same level. 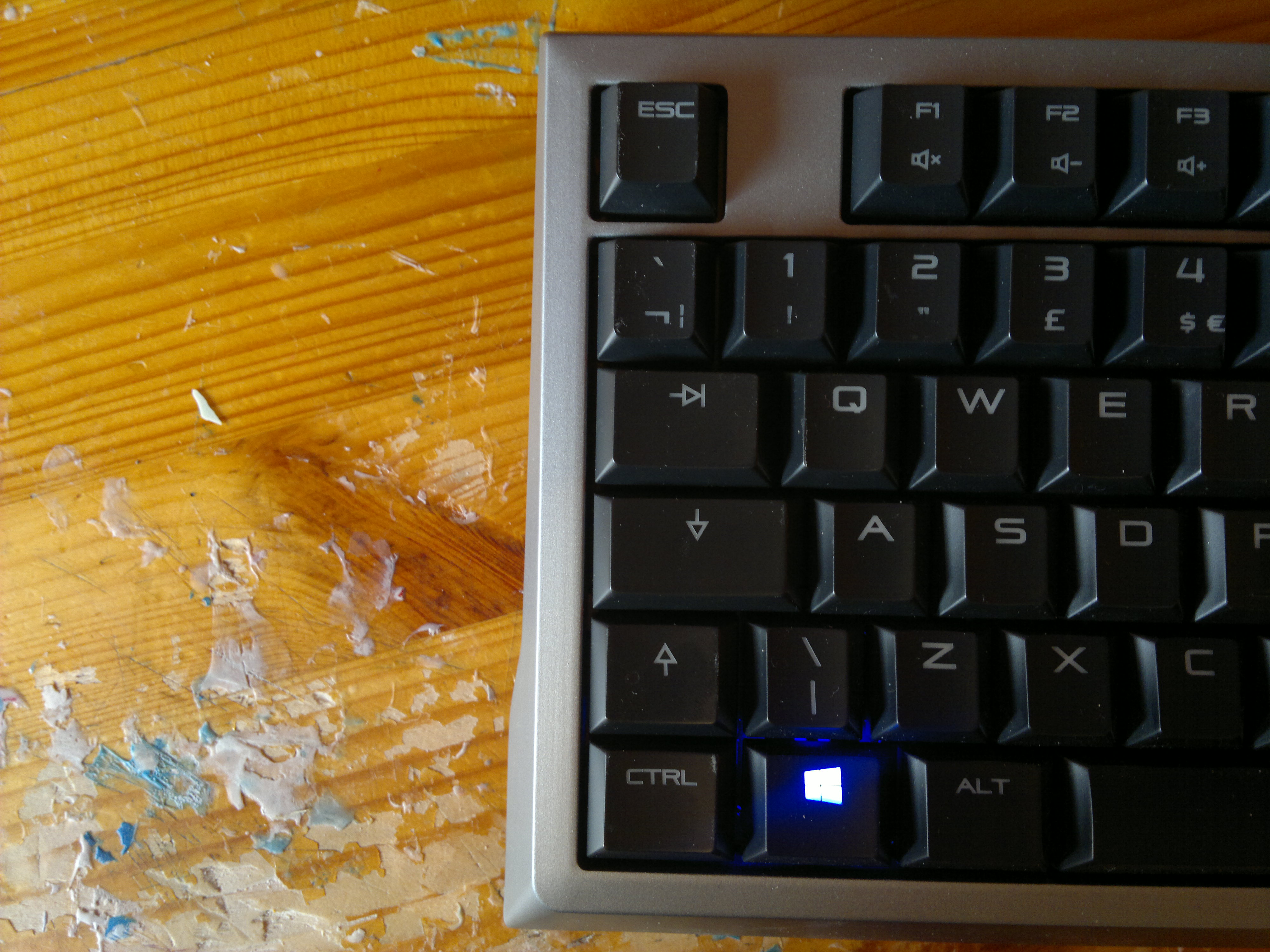 I would prefer if the whole case was the same as the front, a flat face that is at a slight angle. Another point to note is that it is not all aluminium case. The only aluminium part is the top part. If you turn the keyboard over, you will see the plastic. The aluminium only covers the top. I would have preferred a complete aluminium case which would have given this even more weight. As a full-size keyboard I do not see it as needing to be light so it can be easily carried.
The machining of the aluminium is fine and I cannot see any imperfections. One example of the quality is the Cherry logo on the front. As a Cherry keyboard, I think the overall quality is one of this keyboards strengths. 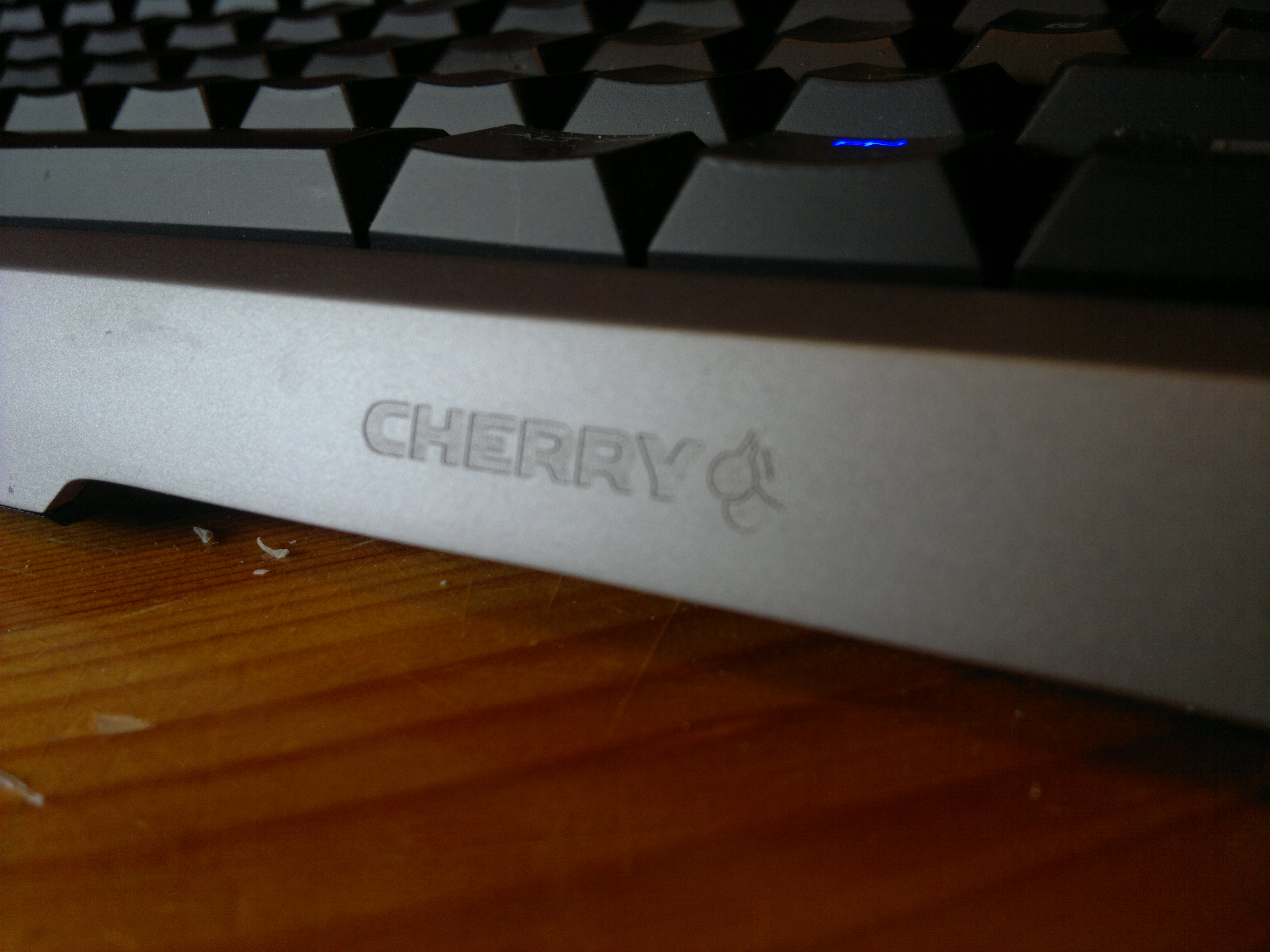 The combination of the plate and the aluminium case make this a very good platform for reds. I do not feel any switch ping and I think this could be a very good red experience. Maybe Cherry knows how to get the best out of their own switches, as I think the typing experience on these switches is exquisite.

The model I have uses Cherry red switches that are no different from any other. They are mounted upside down in an aluminium plate that is painted black. The switches are only upside down to have the LED at the top. This gives it better coverage to fully illuminate the main legend. The backlighting is even and can go very bright, certainly enough to illuminate the whole keyboard.

Another important part of this keyboard is the wrist rest. It is detachable and locks to the front with a magnet. This is my least favourite part of the keyboard. Although I really like the design of the wrist rest, It does not work as well as I would have liked. What I don’t like is how much it is able to move. With normal usage you will notice it has a slight wobble and will move down slightly. If you press down on the wrist rest, you will hear the magnet disconnecting.
This keyboard also features a material that attracts more dust and dirt than piano black. If you get anything on the wrist rest it will stick and be very hard to get off. Anything like dust and glitter will be the bane of your existence if it gets anywhere near your wrist rest. Again I will mention how nice it looks although they seem to have compromised the usability for how it looks. It also features a nice aluminium Cherry logo at the bottom.
Where the wrist rest connects to the keyboard, I am noticing something black rubbing off onto the aluminium case. I think it is just plastic rubbing into the case. This can be seen on either side of the magnet slot. 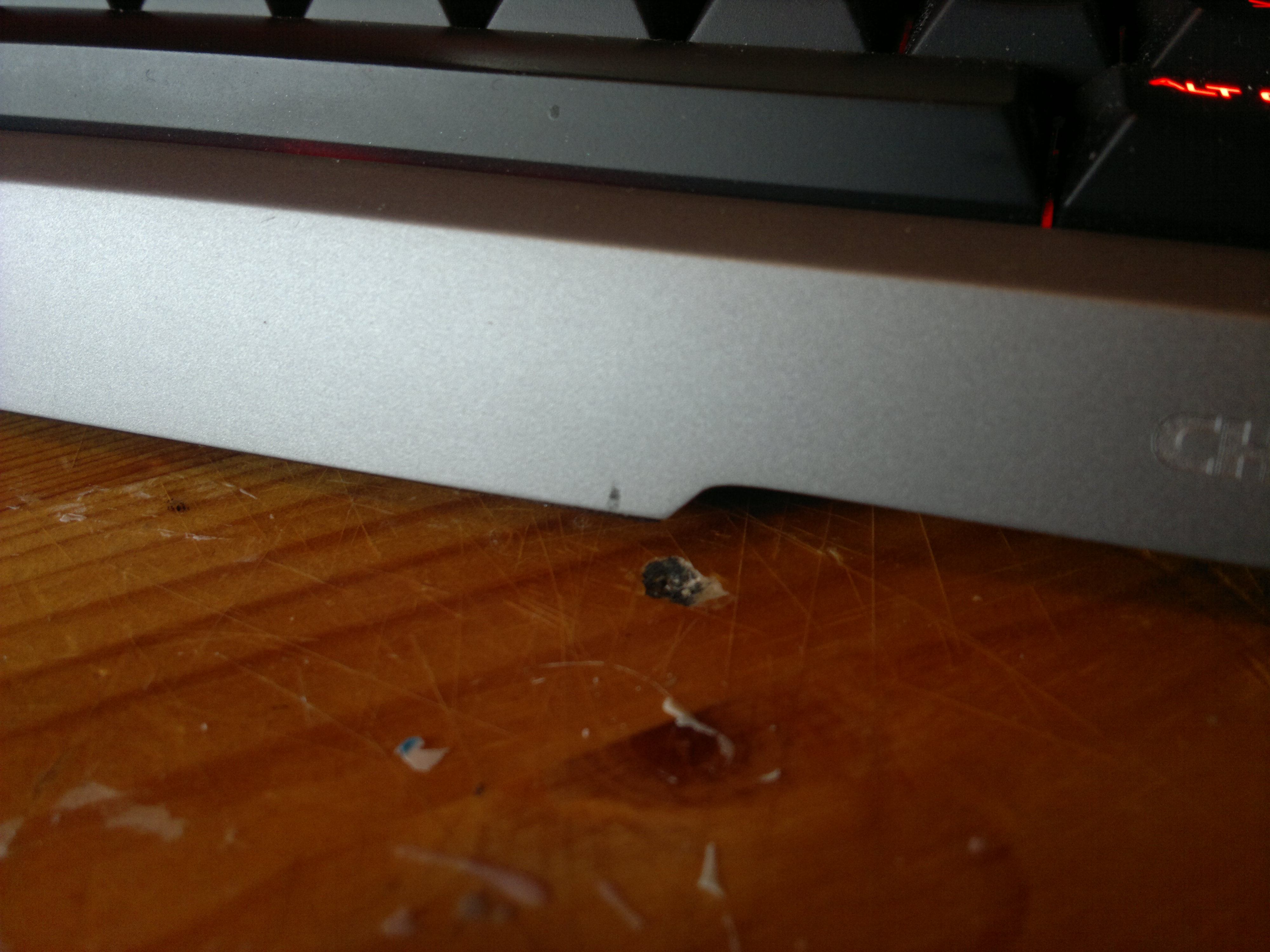 On closer inspection, when the LED’s are active a faint buzzing can be heard when close to the keyboard.

The keyboard has feet on the back which give you the option to tilt the keyboard forward. Unusually the feet fold the opposite way to anything I have seen before. They fold outwards from the middle facing either side of the board. 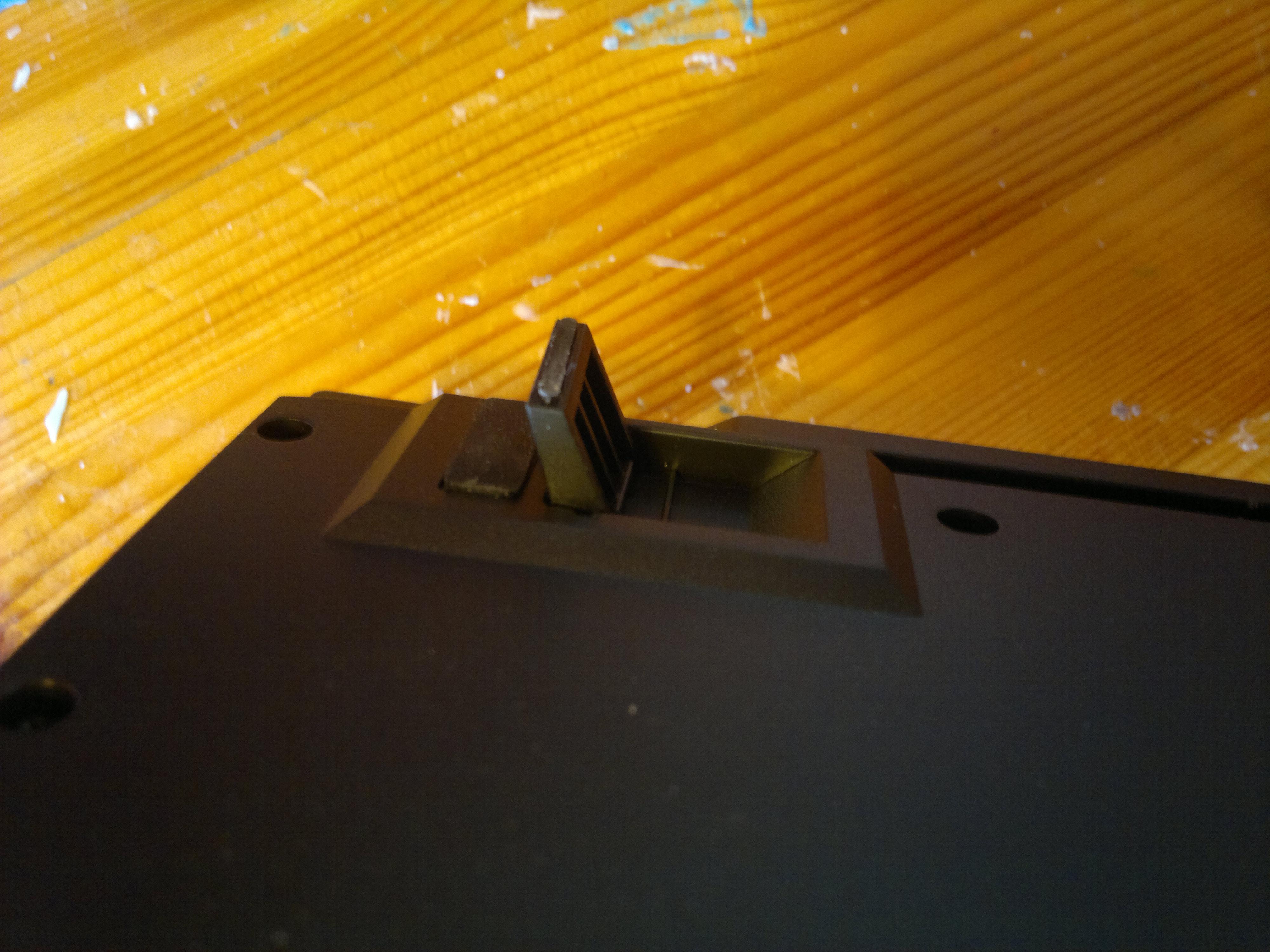 Regarding the cable, it is wrapped similar to a pexon cable just not as colourful. This is nice and in keeping with the quality of the board. For the price I think this should be expected.

My disappointment is more surrounding the keycaps than anything else. They are fine not really any better. Reasonably thick, they are made to accommodate the illumination of the legends. This is where they fall short. After a couple of hours of typing on them, I think the feel degrades significantly. At the beginning they feel smooth but not like worn down ABS. After a while they feel sticky and unpleasant. I think in some way this is a similar situation to the novatouch. Very nice keyboard with nice ideas but shipped with not so great keycaps. 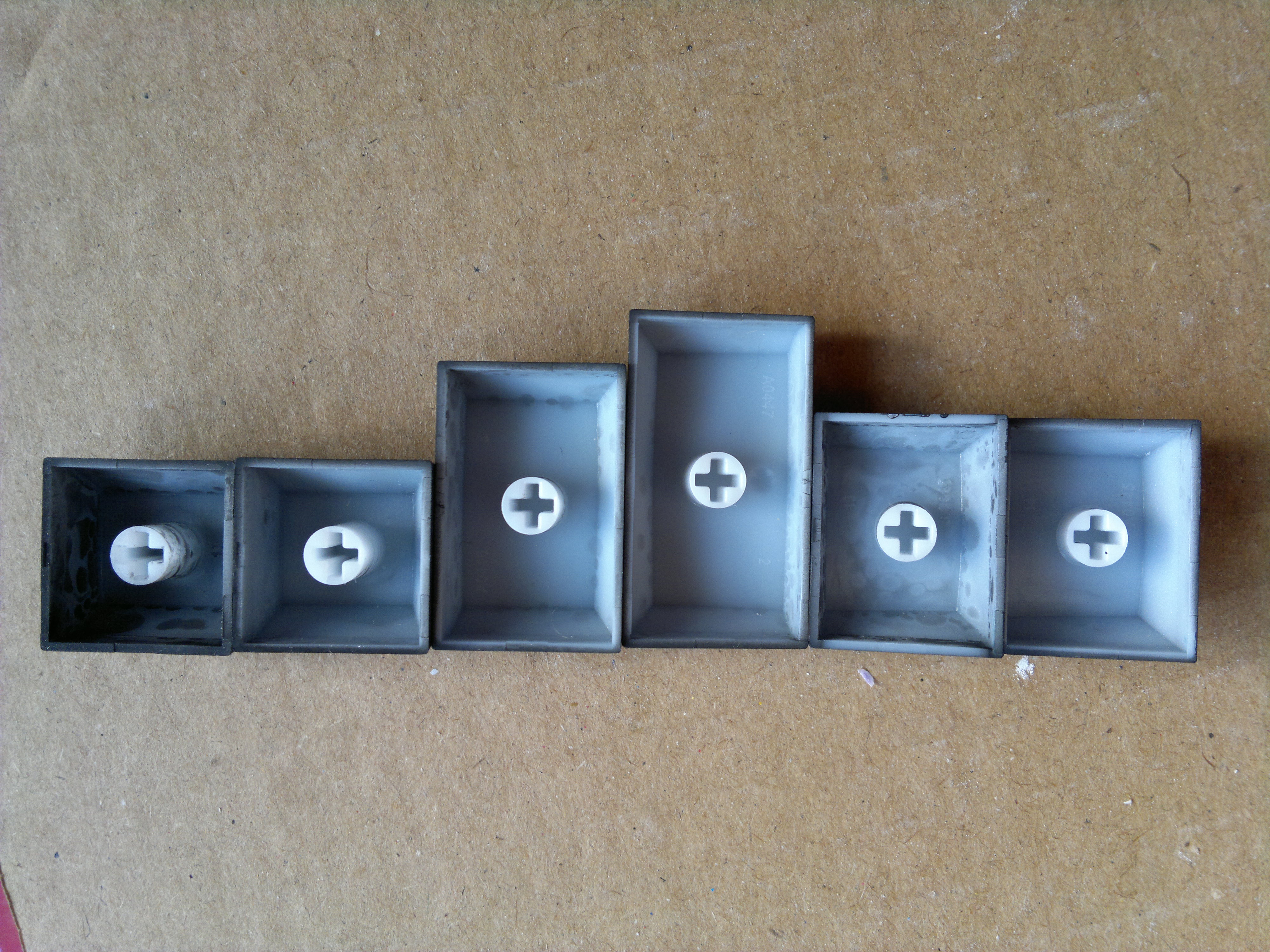 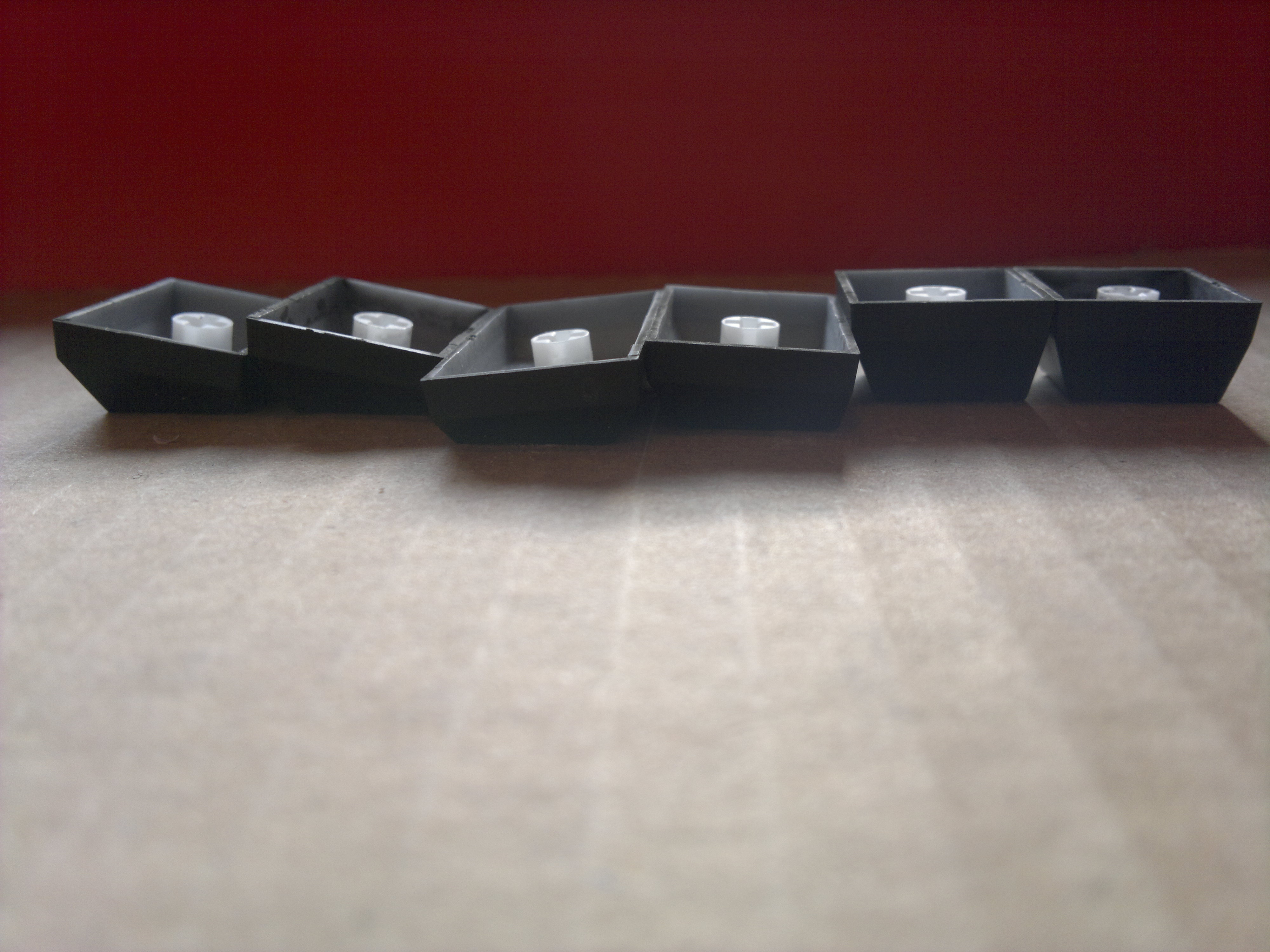 This keyboard does feature an Fn layer although it is slightly unexciting it does give you a couple of extra keys to play with. What you are given are backlighting controls in two different increments, volume controls and media keys. You also have access to a winlock-key.

The backlighting can be changed in either 1% increments or 10% and you are also given a key to turn it off and on. The 1% increments are very subtle and quite hard to notice. I almost didn’t think it was doing anything the first time I was using it. Although trivial, the on and off switch has a nice effect where the light fades out. Anything lower than 100% and you will not see the bottom legend on each keycap fully illuminated. Due to the LED positioning this will always happen.
From the gfy’s you can see the backlighting is all red apart from win Fn and Num. Fn is only blue when locked. The win key is unlocked when blue. Backspace also goes blue when on but I do not see this a lot.

Decreasing and Increasing by 10%

Backlight Off and On

The volume keys worked out of the box on windows 8.1 and are standard XFAudio keys that can be configured in Linux based operating systems and osx. This goes the same for the other media keys play, prev and next.

One key that slightly confuses me is the win-lock. I was not aware of win being a problem but if it is this key has you covered. Be warned, that it does not only disable the windows key. It also disables the following:

This lead so some frustrating moments where I could not find out why I could not use alt tab. Changing the state of the win-lock changes the colour of the win led from red to blue.
Full NKRO over usb has been implemented and I have not encountered any problems with this or any ghosting.

The Fn lock is a great idea and is very useful for someone who rarely uses the function keys. Holding control and pressing Fn will turn it on permanently. This is saved to the keyboard, much like the win-lock state and backlighting states.

I found this very hard to come to a conclusion on. How I am judging whether it is useful or not is if I can feel its effects, and I can conclude that I cannot. Whether the analogue signal path is actually in effect is irrelevant if I cannot tell the difference. I was prepared to be amazed but I can say with some certainly that I do not care for this new technology. Or it is just not useful. I ensured that I gave this some serious use and played games and did a lot of typeracer and could not feel anything in effect.

I can’t help but say this is a nice keyboard. The aluminium case always helps and the main aspect of a keyboard is typing, on this keyboard it is excellent. The wrist rest is nice but down to personal preference. Aesthetics wise I think the keyboard looks much nicer without the rest. Backlighting is nice but not useful or adding much to the experience, again this can be down to personal preference. To me backlighting is a bit useless, and in this keyboard I am not sure what the point is. One application for backlighting is typing in the dark, but this is only useful to those who do not touch type and in any case why are you learning to touch type in the dark. For gamers they don’t need to look at their keyboard let alone in the dark. For these reasons I will just categorise the backlighting for aesthetic purposes and it does look nice combined with the keycaps, even though I don’t like how the keycaps feel. The real feature of RealKey technology is marketing as I am not finding any difference. But then again this is a good standard to set. If the response time can be this low then why not do it. I think this is almost a great keyboard, more switch choices are needed, but I don’t really see anybody needing the RealKey technology.