The KeyKollectiv SnacKeys sale was successful and there have been some very nice photos appearing.

The best photo that I think illustrates these keycaps is this from KeyKollectiv themselves: 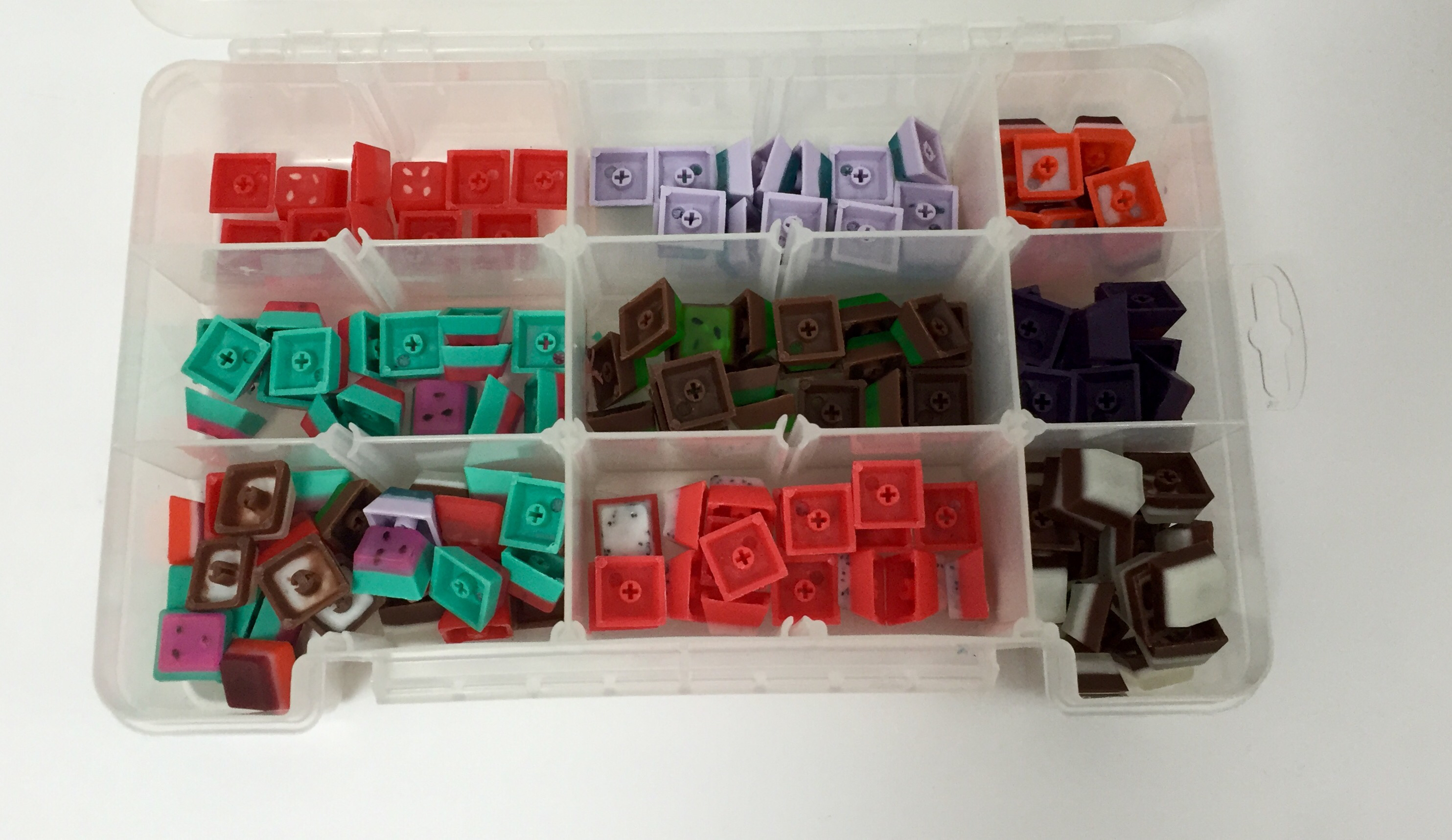 Sale one is now over but I can imagine that it is possible these come back in the future.

Bro has been both busy, and the attraction of some controversy. I don’t think the outcry was warranted and Bro should really just do what he wants. He has continually said that he is doing this as a passion project and is not a manufacturer. Small batches and a small barrier of entry would mean he could maintain this project, without crossing the line into manufacturer and ultimately doing something he does not want to do.

There are currently two running giveaways (ending today) if you managed to miss these.

The first is the Lycan giveaway. For this you have to tell a story of how you became a werewolf. 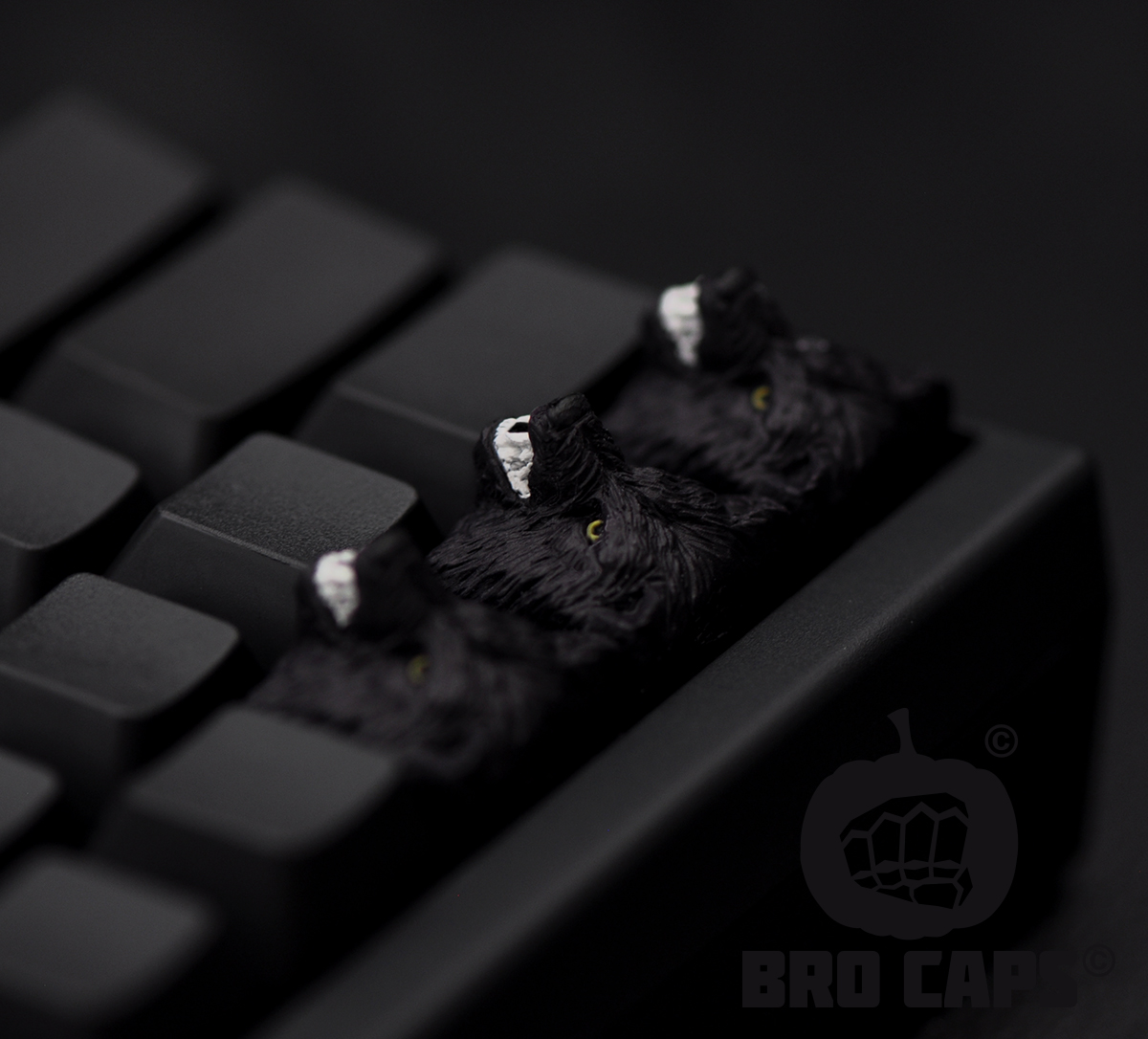 Another is the pumpkin carving contest. This is for the newly designed grumpkin caps. 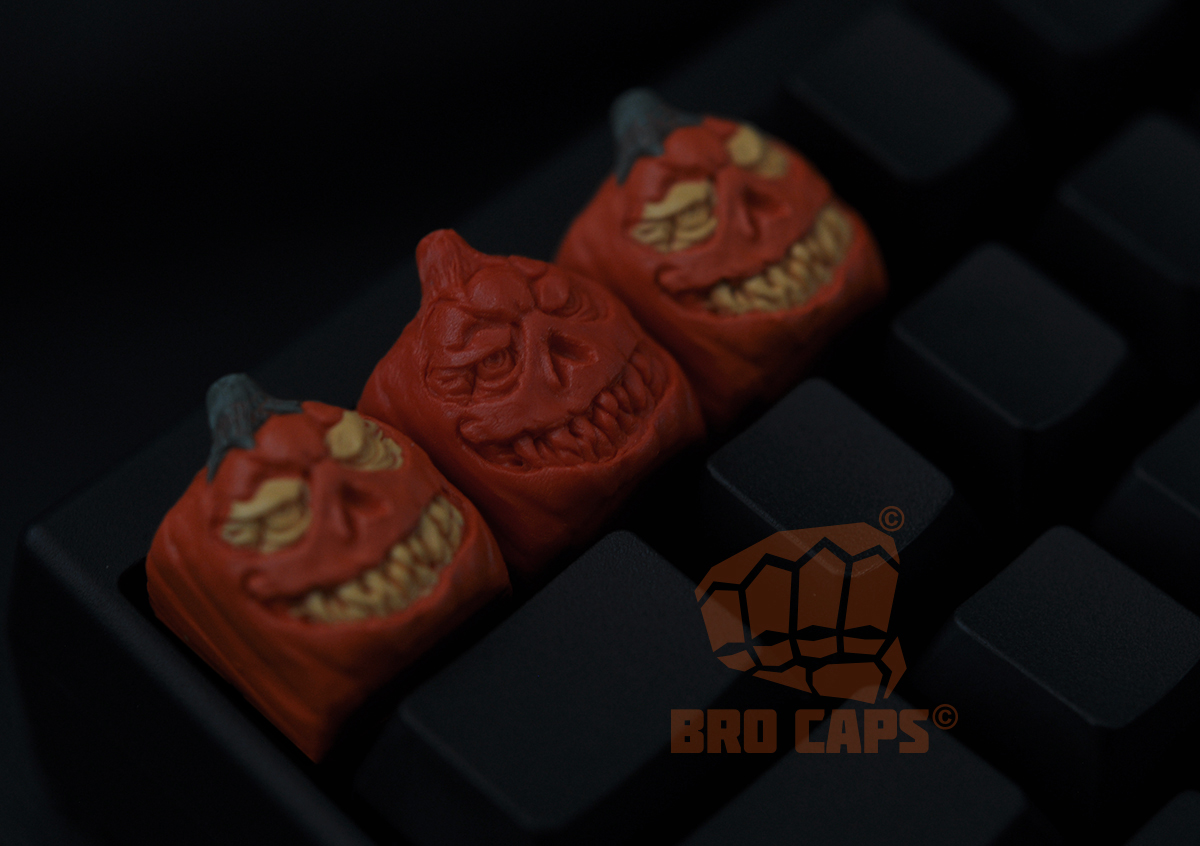 These are my current favourite of the newly designed caps.

As well as these halloweeny type keycaps there is a new zombro. 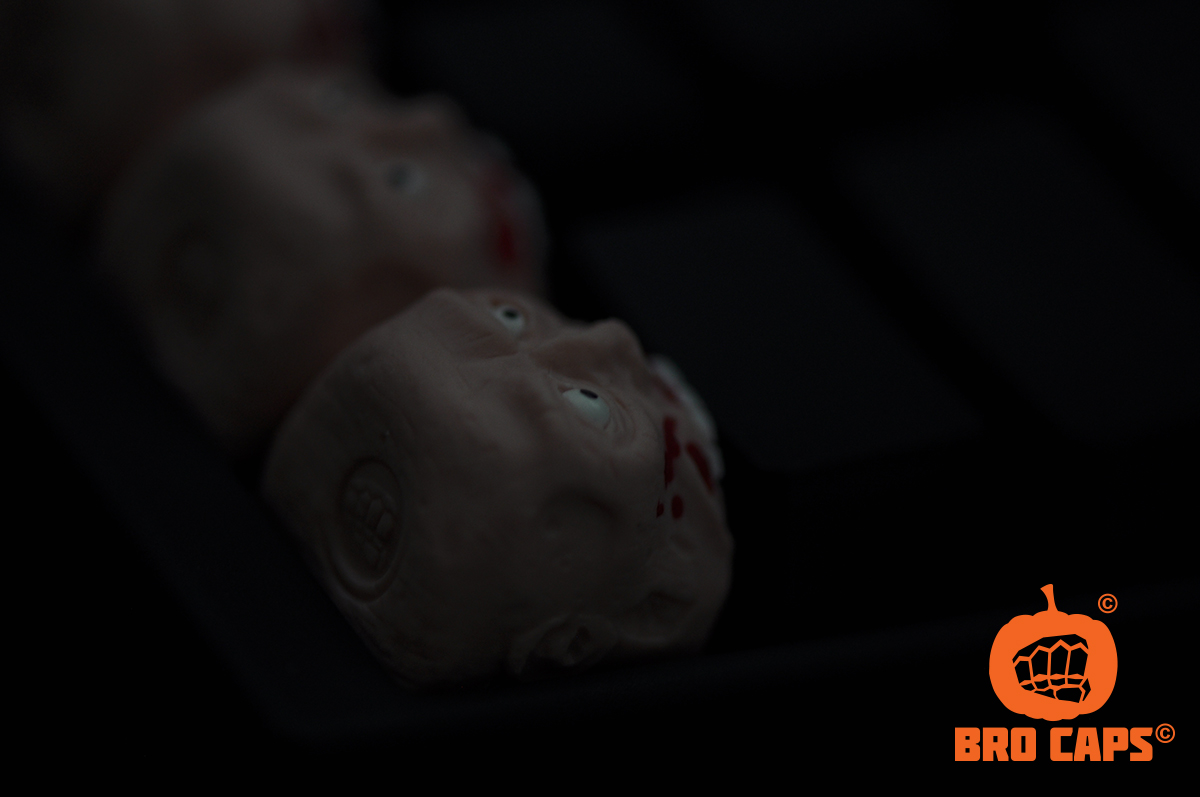 These are likely to be sold in a small upcoming sale in quite the near future. Your best bet is to watch the brocaps sale thread.

A new person has entered the scene with ‘proof of concept’ tab artisan. 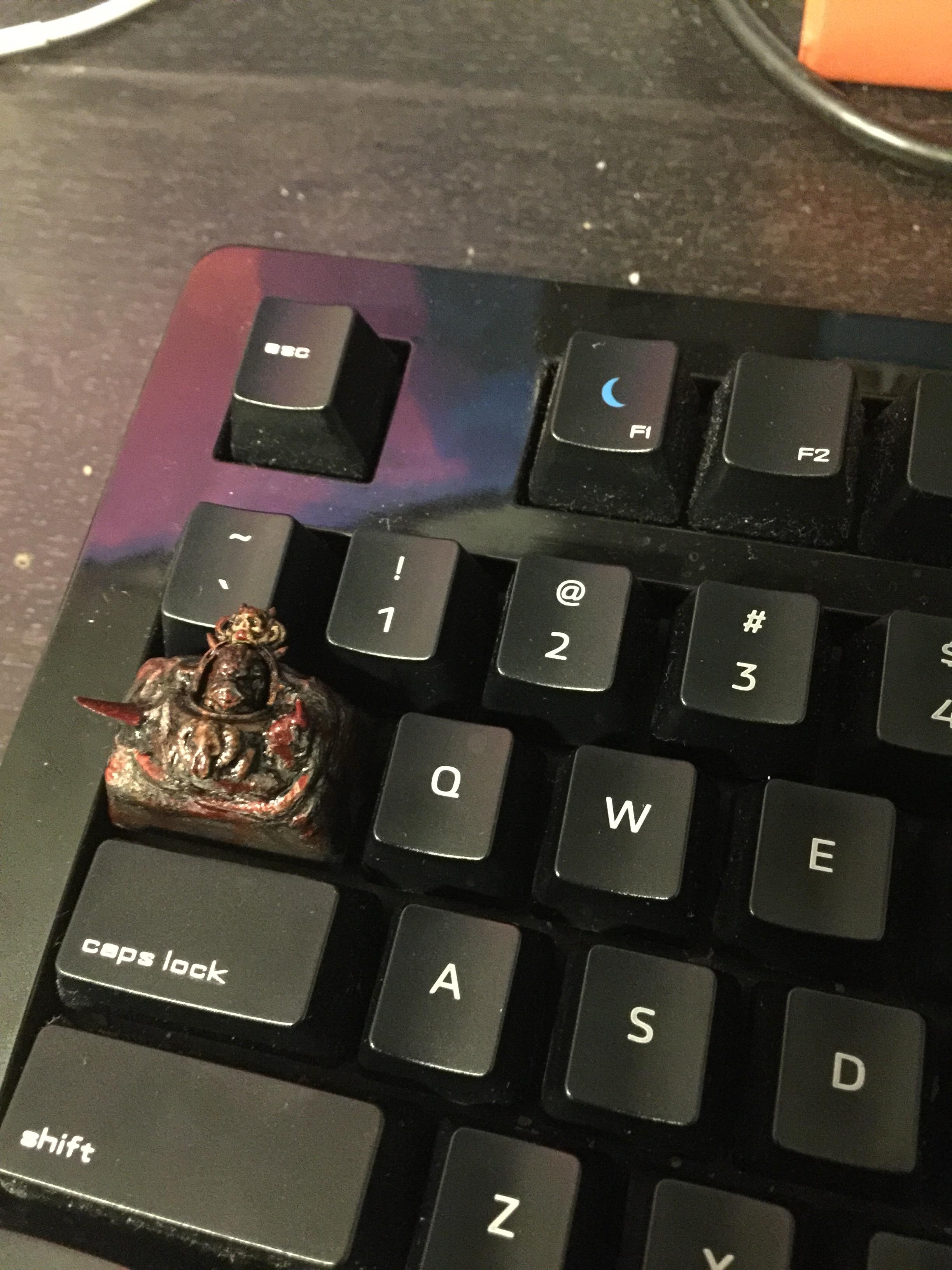 I am not entirely sure what it is, and using it might be a bit cumbersome. But it certainly does prove that it can be done. But the real question is “Should it?”. 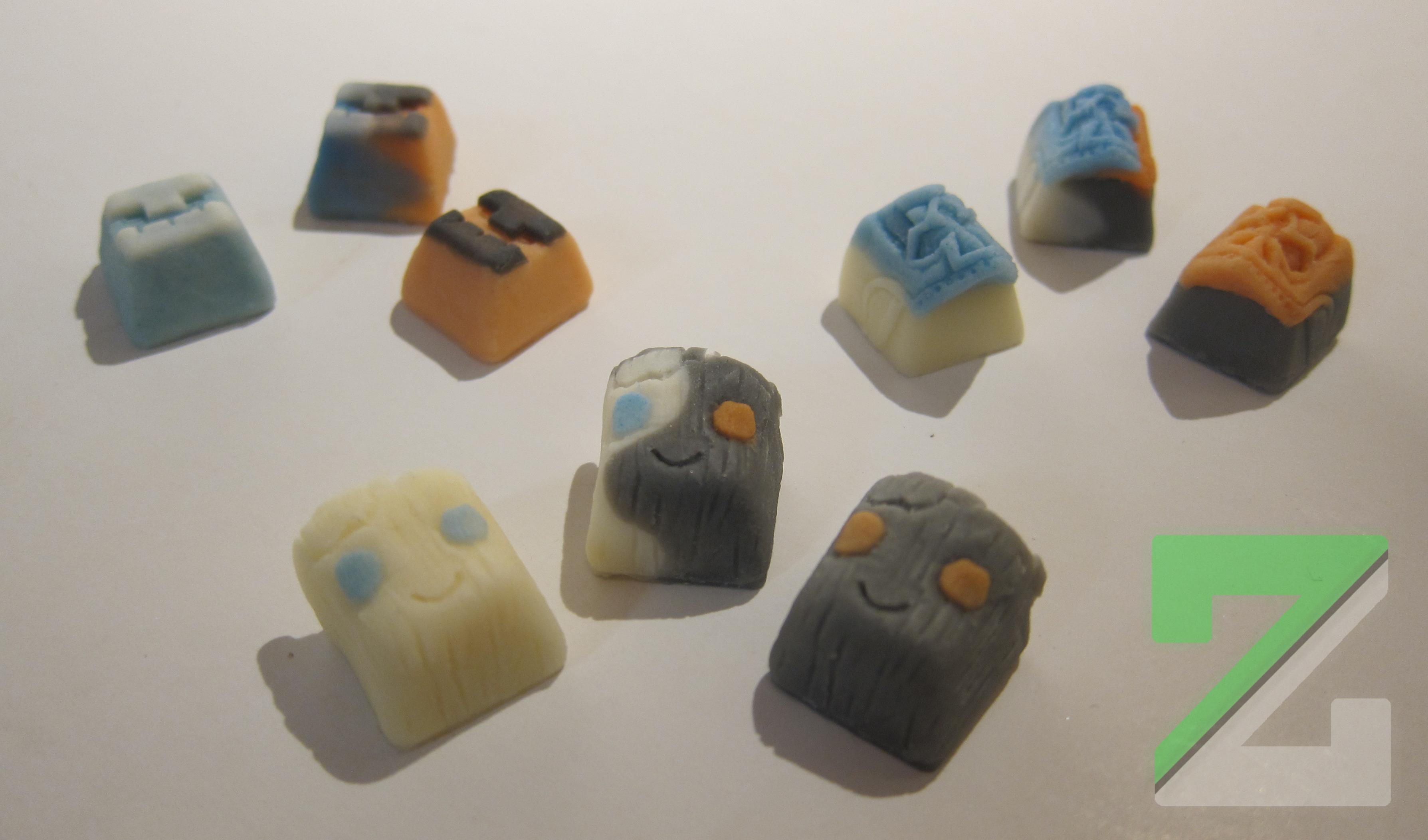 ZorbCaps Sale 2 has been and gone. It was titled “The Sale of Ice and Fire” and featured Entlings, Golems and Templars.

Krytone has been posting some very nice images on reddit, although I believe I have seen these somewhere else before.

My favourite has to be the birdie

There was also a Krapster

Other new caps are the ribcage and various Topre WASD and Arrow cluster sets.

This is another new maker who has been somewhat around for a little while. They have a nice amount of designs featuring quite the range of colours.

Some of these are still available.

Binge seems to be very busy. But remember it is not just Binge and a rebranding is taking place.

You can currently purchase a realforce numpad that comes with the new “Deal with it Jack” keycap.

The sticket raffle is over and the drawings were done on a livestream.

Both of these makers have been making SKIDATA+ themed keycaps for the SKIDATA+ GMK keyset GB (of course). 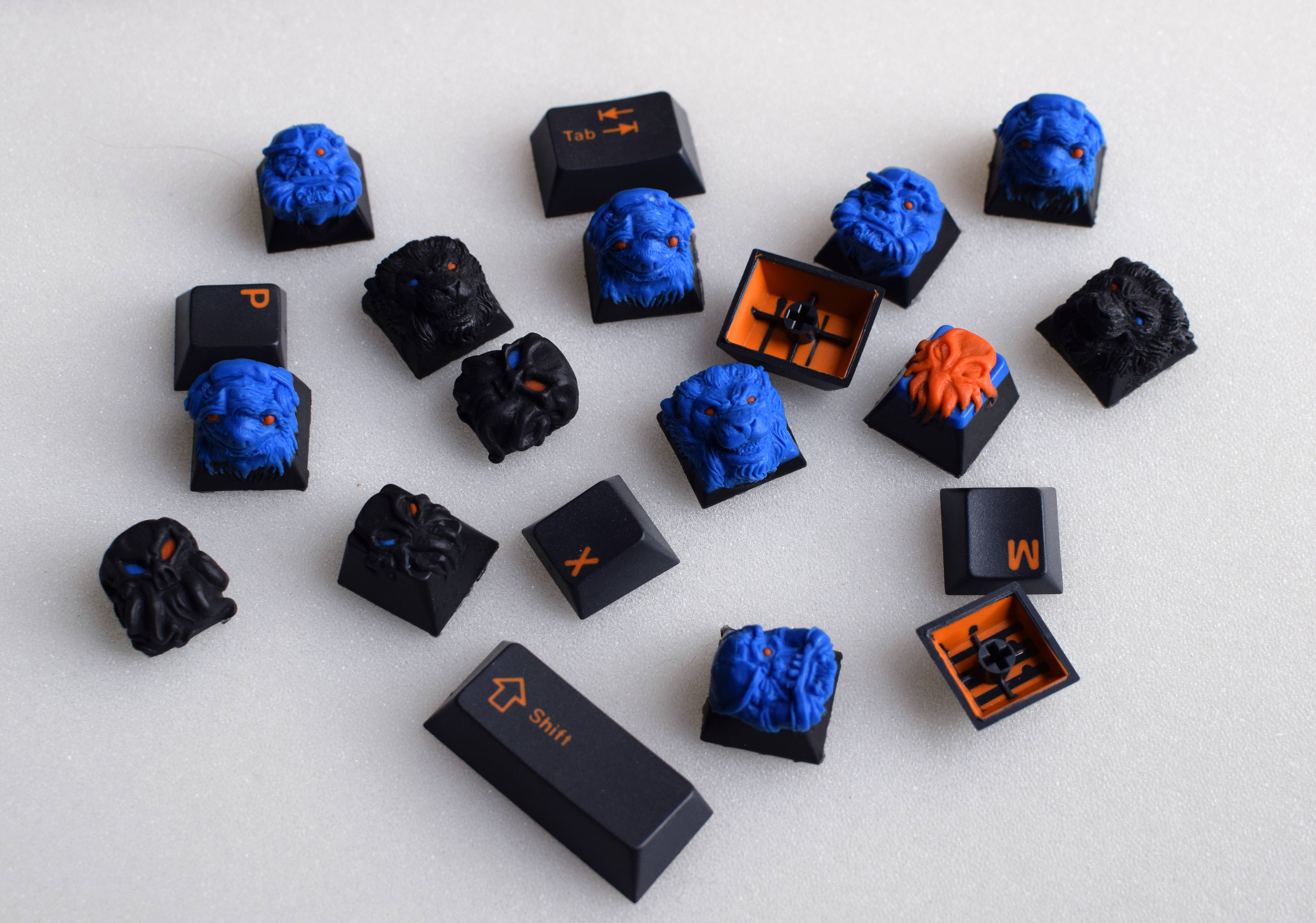 The SKIDATA+ keyset is currently live on zealpc.net

KatzenKinder is now on hiatus accept for the small run of SKIDATA themed caps.

The Dolly V2 intro sale was successful. I was very on the fence about these but in the end I did not participate. The colours used are quite different from many others you will see but I am not entirely sure they are for me. There are certainly some combinations that I like and they are quite the spectacle to look at. But in the end I could not decide. 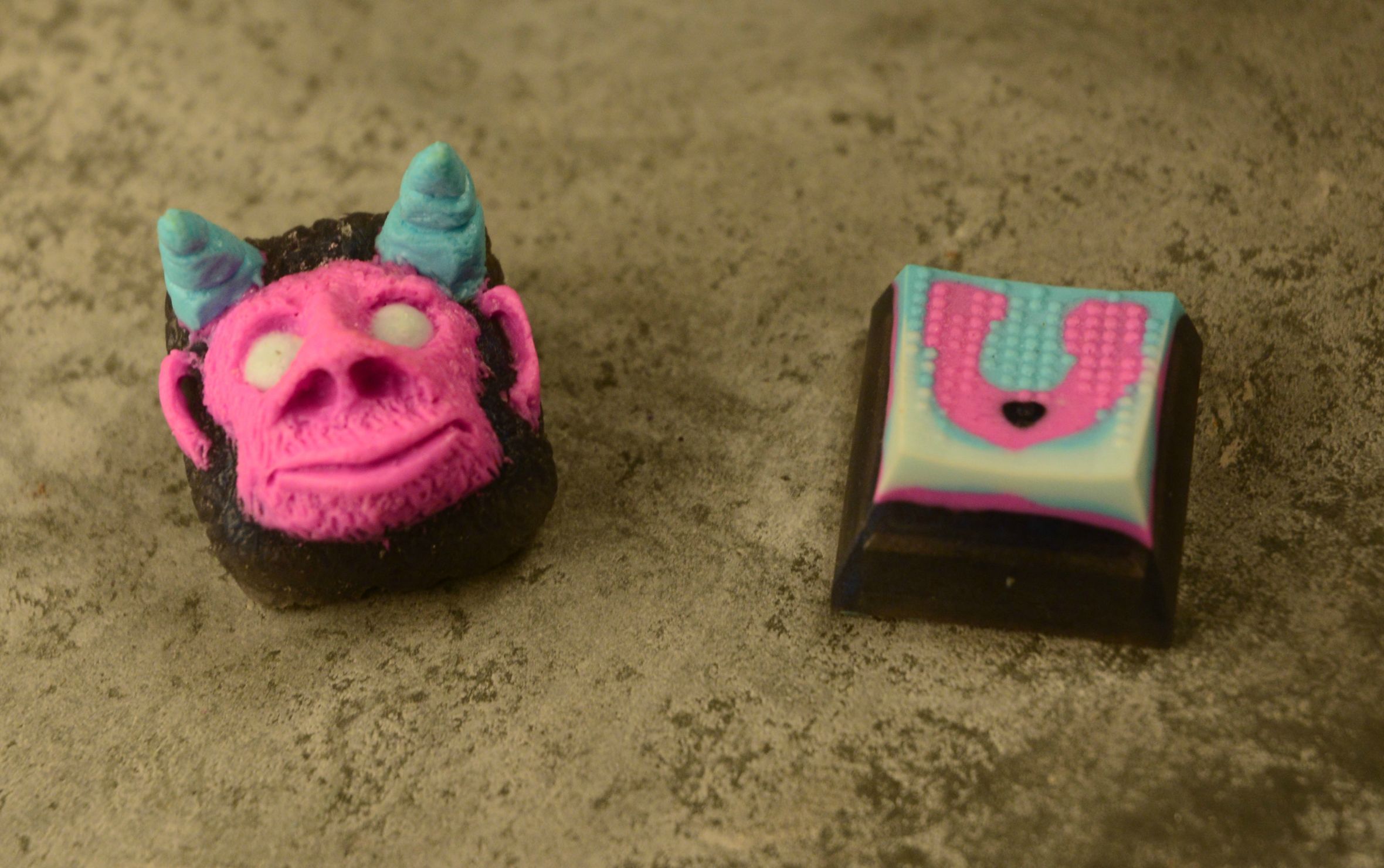 Deckerson’s may also make a comeback in the future. 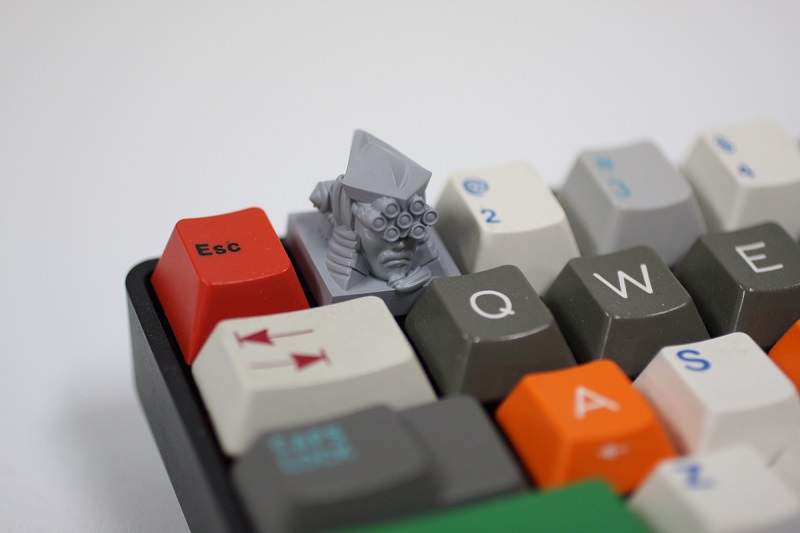 Some more of GirlDC’s high quality keycaps, which again I do not recognise the subjects. 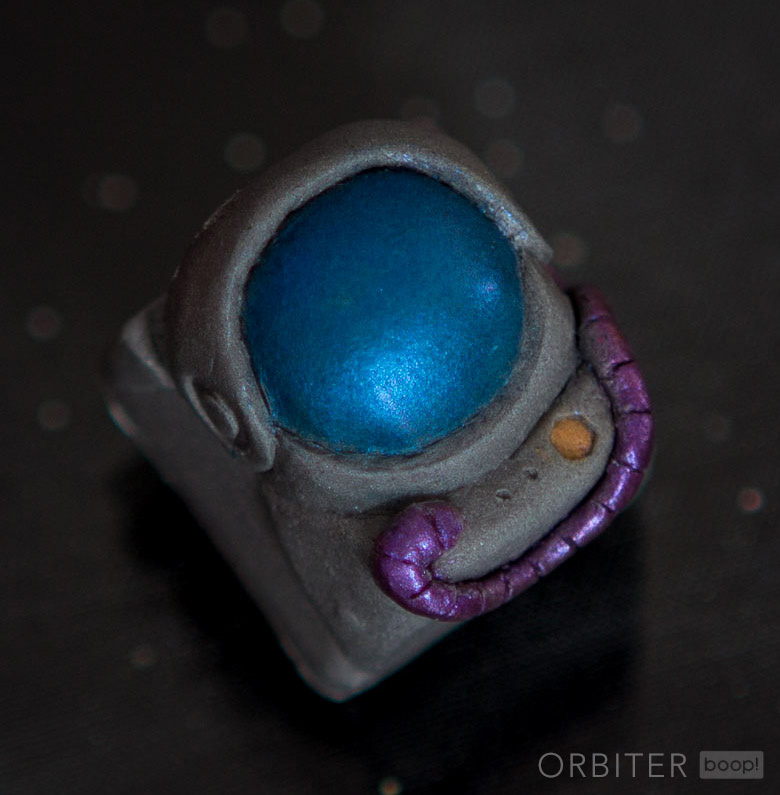 Booper had a very successful long awaited sale. These were all incredibly nice but I managed to win none. Hopefully Booper continues this quality as they really do look great. 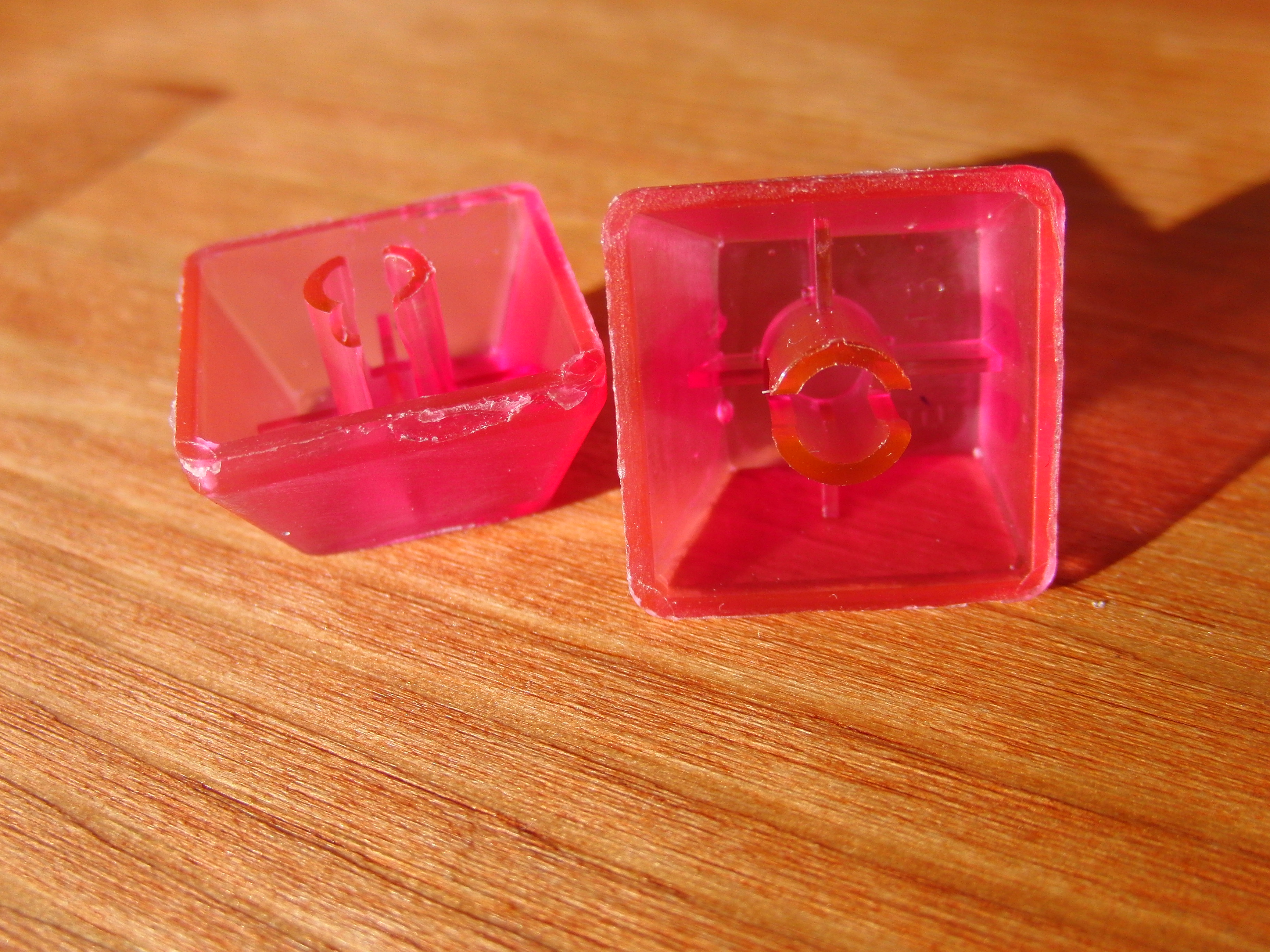 Flehrad has had an attempt at Topre blanks. These certainly seem to be a good start.

Gen.S is now on massdrop with their gem keycaps. This seemed like a strange decision as a previous GB was left untouched on geekhack. I’m not sure if this means trouble at all, but these are some nice looking keycaps. 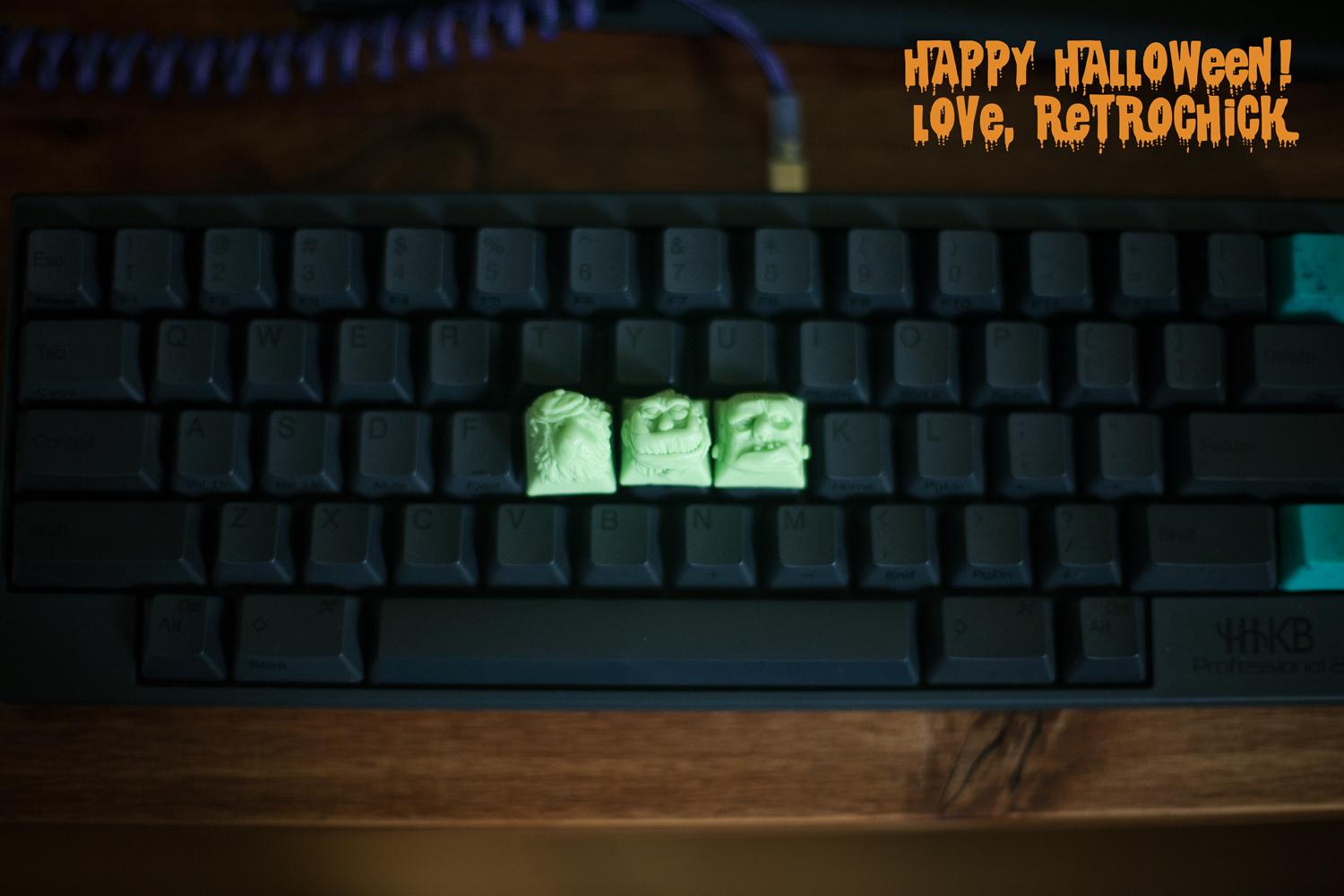 The photo really speaks for itself. But it seems Retrochick has upheld their quality of sculpting and their new designs are looking really good.

Go to their thread for more information. These are really shaping up to be really nice caps. 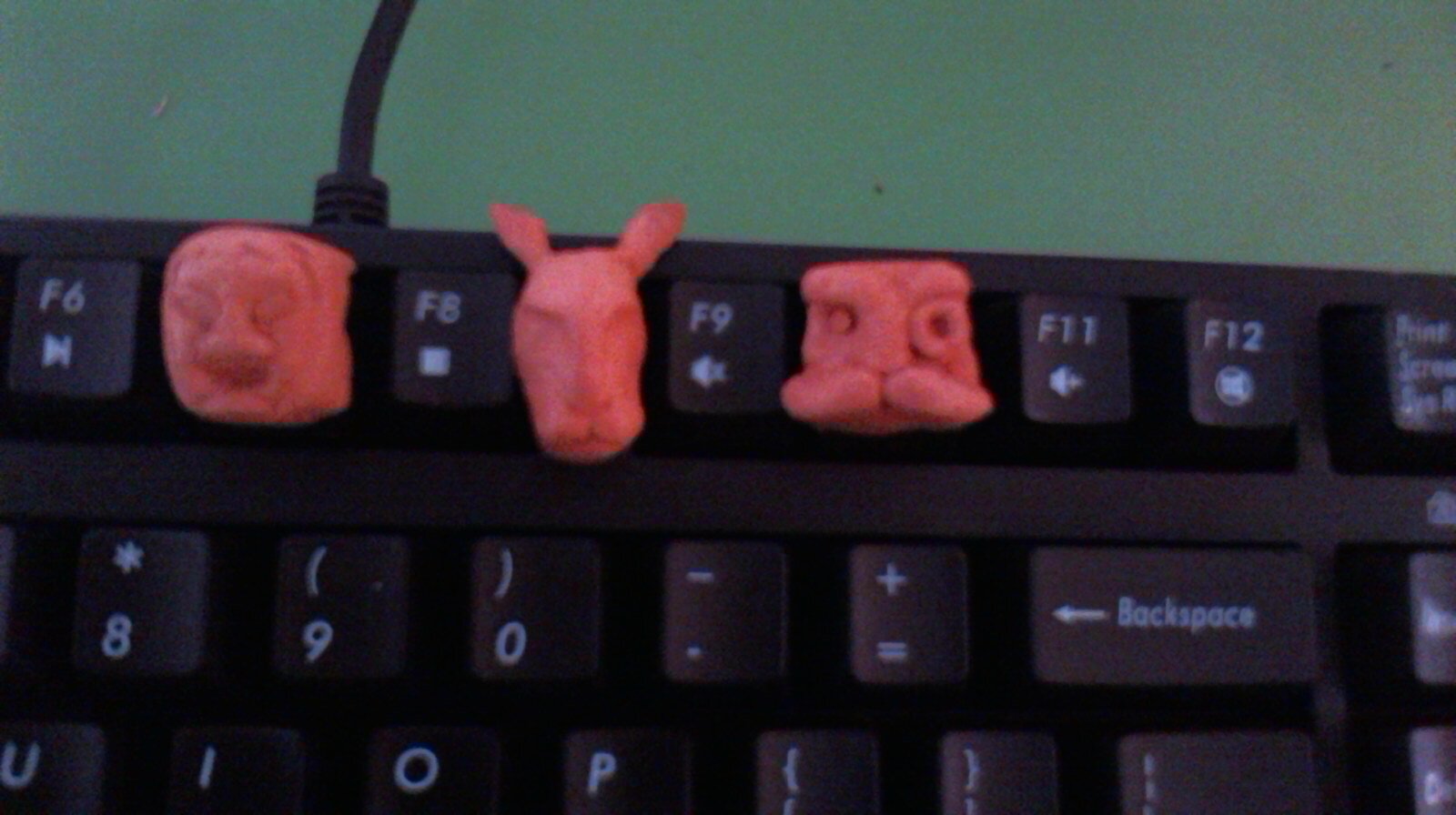 This is another person entering the scene with some interesting new sculpts. Whilst not to my own taste I appreciate the effort of creating. They seem quite large at the moment but these are only the masters so I’m not sure if there will be any casts to show how they better fit.